Advertisement
HomeBOLLYWOODENTERTAINMENT NEWSI'm from a city where gaalis are born. Trolls don't know how to abuse: Anubhav Sinha gives a piece of mind to trollers abusing Article 15 starring Ayushmann Khurrana

I'm from a city where gaalis are born. Trolls don't know how to abuse: Anubhav Sinha gives a piece of mind to trollers abusing Article 15 starring Ayushmann Khurrana

Anubhav Sinha's Article 15 starring Ayushmann Khurrana received as much appreciations as much as controversies for its subject. From banning it across Uttar Pradesh to trolls abusing the makers, the film has seen it all. After much controversy, Anubhav issued a statement apologising for unknowingly hurting a particular community and clarified that he had no intention to do so. Now, in a new statement, Anubhav, during an interview with a leading daily mocked trolls and said he belongs to the city where abuses are predominantly ruling. He further added that if he gets to meet abusers and trollers in the future, he shall teach them a few, out of which they can form poetry.

"I'm from a city where gaalis are born. Trolls don't know how to abuse. If I meet them offline, I'll teach them such abusive words that they'll write a poem with those words," Anubhav told. 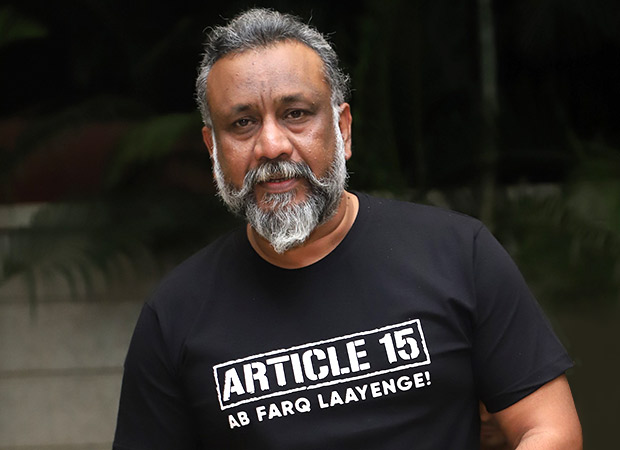 Speaking of the film, Article 15 was banned in cities like Kanpur and Uttarakhand. Apart from that, a petition was signed to cancel the certification of the film with The Supreme Court. On Monday, the apex body refused to entertain it. A bench of Justices S.A. Bobde and B.R. Gavai asked the petitioner to approach the appropriate authority seeking a change in the name of the movie's title and a ban on its screening. The court was hearing a petition filed by Brahman Samaj of India through advocate Ranjan Dwivedi.

Keeping controversies aside, the investigative drama, Article 15 has struck the right chord with Bollywood as well as the film’s special screening. All the personalities who watched the film were touched by its gritty and hard-hitting content which emphasizes on the atrocities in the society and has come forward appreciating Anubhav's path-breaking content and Ayushmann’s promising acting. The audience is regarding the film as the most important film of the year for its relevant content which is inspired by real incidents.

Jaan missing you lots every second of the 900 days you left us: Boney