Taapsee Pannu has established herself as an actor of substance. She has gone from strength-to-strength with every release of hers. Being someone who is not trained in acting, Taapsee has managed to bring life to each of her characters on screen. In a recent interaction with a tabloid, she opened up about whether it becomes harder for her to get in and out of character.

She told the tabloid, “I laugh about the fact that I’m becoming a crazy person, with every film. I rid 90 per cent of a character from my system, and 10 per cent stays, changing something in me.” She further gave an example of how her characters refuse to leave her completely and recalled, “During Manmarziyaan, my sister and I went out for dinner. We were standing at the pavement, waiting for the driver to get the car. There was a man at the red signal, slyly taking out his camera on a bike. It’s not like he asked for a picture. I’m a public figure; not a public property, like Qutub Minar, or something. There’s a clear difference. I, in Rumi-mode, went, ‘Phone andar rakh le, nahi toh tod dungi!’ My sister was like, ‘I am not with her!’ I also instantly realized, this is not me.” 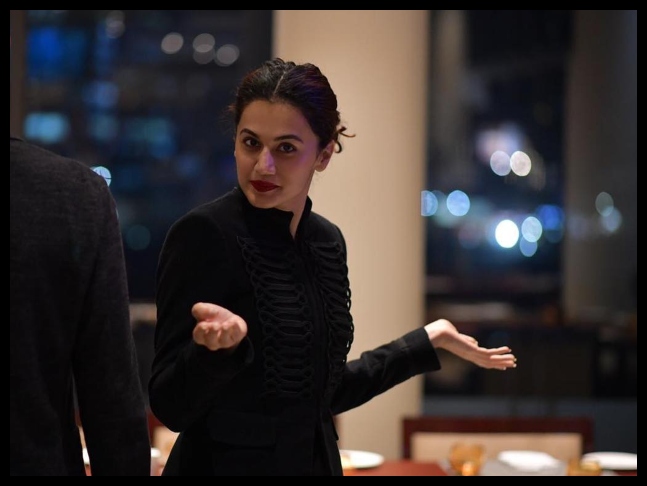 Taapsee played the role of Rumi, a feisty Punjabi girl caught in a love triangle between her boyfriend and her husband. The film got her immense accolades and was a benchmark of sorts in portraying a woman’s point of view. The film also starred Vicky Kaushal and Abhishek Bachchan in the lead and was directed by Anurag Kashyap.