After wrapping the shoot of Street Dancer 3D in Dubai, Shraddha Kapoor jets off to Turkey with rumoured boyfriend Rohan Shrestha

Shraddha Kapoor is a busy actor of late. With three films in hand, she has been shuffling between one city to another with a blink of an eyelid. On Wednesday, Shraddha wrapped the shoot of her film with Varun Dhawan titled Street Dancer 3D. Soon after, she jetted off to Antalya in Turkey with her rumoured boyfriend and celebrity photographer Rohan Shrestha for a photoshoot. Shraddha shared a few sneak peek pictures from her trip on her Instagram stories.

In one of the pictures, she has shared a top view of Antalya from the aircraft and captioned it, "Touchdown Antalya". The second picture is of Rohan who is looking into the phone with his camera in hand. 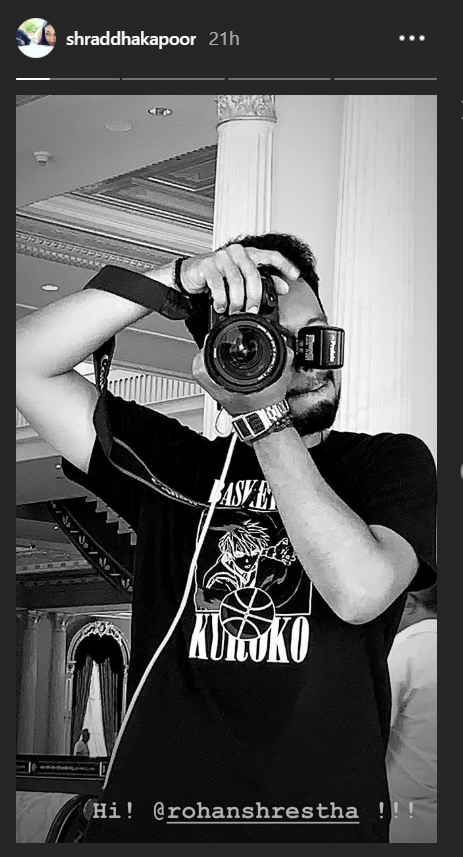 Rumours surrounding Shraddha's and Rohan's alleged relationship has been abuzz for quite some time now. In fact, there were strong speculations that the two will be taking their relationship ahead by tying the knot in 2020. But this news was dismissed by Shraddha's father Shakti Kapoor who said she won't be getting married for the next 4-5 years owing to her hectic professional commitments. Shakti also told an entertainment portal that Shraddha has been linked up to many previously but nothing holds truth.

Workwise, Shraddha will be seen opposite Prabhas in Saaho and Sushant Singh Rajput in Chhichhore apart from Street Dancer 3D.