Advertisement
HomeBOLLYWOODENTERTAINMENT NEWSIt’s one of those thrillers which I wouldn’t mind remaking in Tamil: Dhanush on acquiring the rights of Ayushmann Khurrana and Tabu starrer ‘AndhaDhun’

It’s one of those thrillers which I wouldn’t mind remaking in Tamil: Dhanush on acquiring the rights of Ayushmann Khurrana and Tabu starrer ‘AndhaDhun’

Southern superstar Dhanush, whose last Bollywood film Raanjhanaa came quite a while back is looking forward to remaking Ayushmann Khurrana, Radhika Apte and Tabu starrer AndhaDhun in Tamil. Reportedly, the actor is in the process of acquiring the rights of the film for a Tamil remake. AndhaDhun was probably the best film that released last year and brought accolades to director Sriram Raghavan, Ayushmann and Tabu. The tale of a pianist faking to be blind and ending up witnessing a crime took everyone by surprise and became the most revered film of last year.

According to reports published in a leading daily, Dhanush is looking forward to remaking the film for the Tamil audience. However, he refrained from confirming whether he will star in the film or not. He told the daily, “It’s a brilliant film and we have already started the process of acquiring the rights. It’s one of those thrillers which I wouldn’t mind remaking in Tamil.” 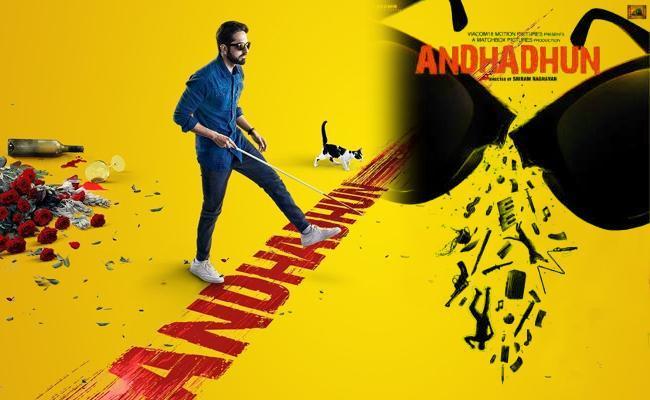 RECOMMENDED READ: Watch: 'I'll be teaming up with him soon': Six years after Raanjhanaa, Dhanush to collaborate with director Aanand L Rai again

Apart from AndhaDhun remake, Dhanush also confirmed that he will be returning to Bollywood soon and teaming up with his Raanjhanaa director Aanand L Rai once again. During the trailer launch of his Hollywood film The Extraordinary Journey of the Fakir, he said, “I’ll be teaming up with Aanand L Rai some time. I will be doing a Hindi film, it’ll be announced soon."