Did you know Sushmita Sen was told to contest for Miss World and Aishwarya Rai Bachchan for Miss Universe?

Sushmita Sen revealed the story beyond her winning the crown of Miss Universe back in 1994. The actress spilled the beans on how scary the situation had got back then because her event manager had lost her passport. Sushmita spoke about her Miss Universe journey on Rajeev Masand's new show Women We Love.

When asked if a couple of days before leaving for Miss Universe, she lost your passport, Sushmita excitedly said, “I am glad you asked, No, correction! It was not lost, it was given to Anupama Verma, then a very famous model, also a coordinator for events. She had my passport for a show in Bangladesh, she needed it for some ID proofing. So, I very confidently told Miss India at that time that don’t worry, my passport is with Anupama Verma. But then she couldn’t find it. So, she did take responsibility for it but the timing of it was scary. Then I had to go crying to my dad and my family wasn’t one of the well-connected ones with the industry. And I wasn’t helped by the organisers. They told me that you go for Miss World and let Aishwarya (Rai Bachchan) go for Miss Universe and I was so angry. Because when you rightfully win something, you are not requesting it. So, now we have to come together and ensure that it’s done. So now the passport is lost and Miss World is in November so, now I am being told that you go later and we will figure it out. I cried only in front of my father and said that I am not going for anything else. I rightfully deserve to be there and if I can’t go then anybody else will go for it. And my baba (father) said that let me see who I know and who can help. And I have to go on record and say that Mr. Rajesh Pilot gave him all the support to get that passport and he himself said that ‘Look, she is representing our county. So, we have to aid this process instead of delay it’. You better believe it, I did go for Miss Universe." 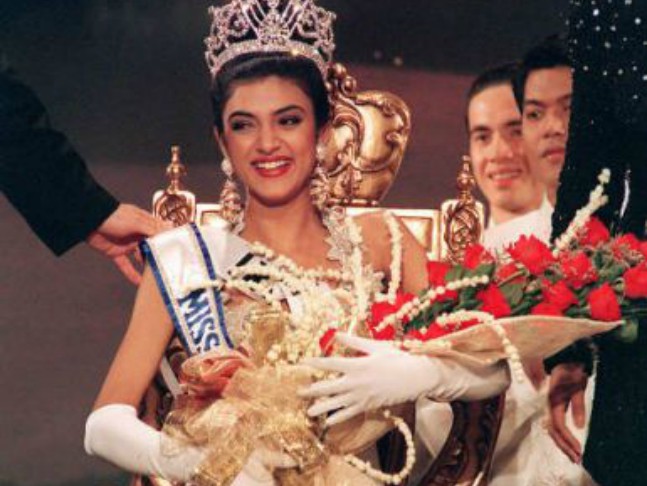 Recommended Read: Sushmita Sen spills the beans on how she met boyfriend Rohman Shawl; says he slid into her DMs

When asked if her winning the crown instead of Aishwarya Rai Bachchan created any coldness between the two because Aishwarya was the conventional and favourite one and she didn’t win, the actress said, “No, it did not. If you go back luckily and retrace that journey, I have always been very warm to her. The idea that I have ever been cold to her is absolutely false. Doesn’t exist. I cannot speak for Aishwarya because she is a completely different person and the way she approaches things is different but I had absolutely no cold vibes. Even now I meet her after so many years and see her as a mom and our lives have evolved so beautifully. We were meant to be different people and we are different people."

You can watch the actress talk about her journey in the video below from 4 minutes of 8 minutes.