I’m blessed that my daughters have accepted her: Arjun Rampal on girlfriend Gabriella Demetriadesis

Actor Arjun Rampal is super excited as he is all set to become a father for the third time. The actor who is blessed with two daughters with his ex-wife Mehr Rampal is ready to welcome his third child with girlfriend Gabriella Demetriadesis. Arjun shares a pleasant bond with both his daughters Mahikaa Rampal, who is 17-years old, and Myra Rampal, who is 13. The Rock On actor and his girlfriend Gabriella Demetriadesis are expecting their child in late July or early August.

The actor recently hosted a cozy baby shower for the beautiful mom-to-be Gabriella with all their close friends in attendance. In an interview with a leading daily recently, the actor opened up about his private life. He said, "It’s been sheer hell for the last five years but what doesn’t kill you makes you stronger, doesn’t it?"

When asked how the two met, he said, "We met through common friends. So, what can I say? That she stalked me? Wishful thinking that, buddy! It’s only been a year since we started dating and here we are. For keeps. And I must add that it was of prime importance that my daughters should accept her as a part of the family. I’m blessed that they have, no questions asked." 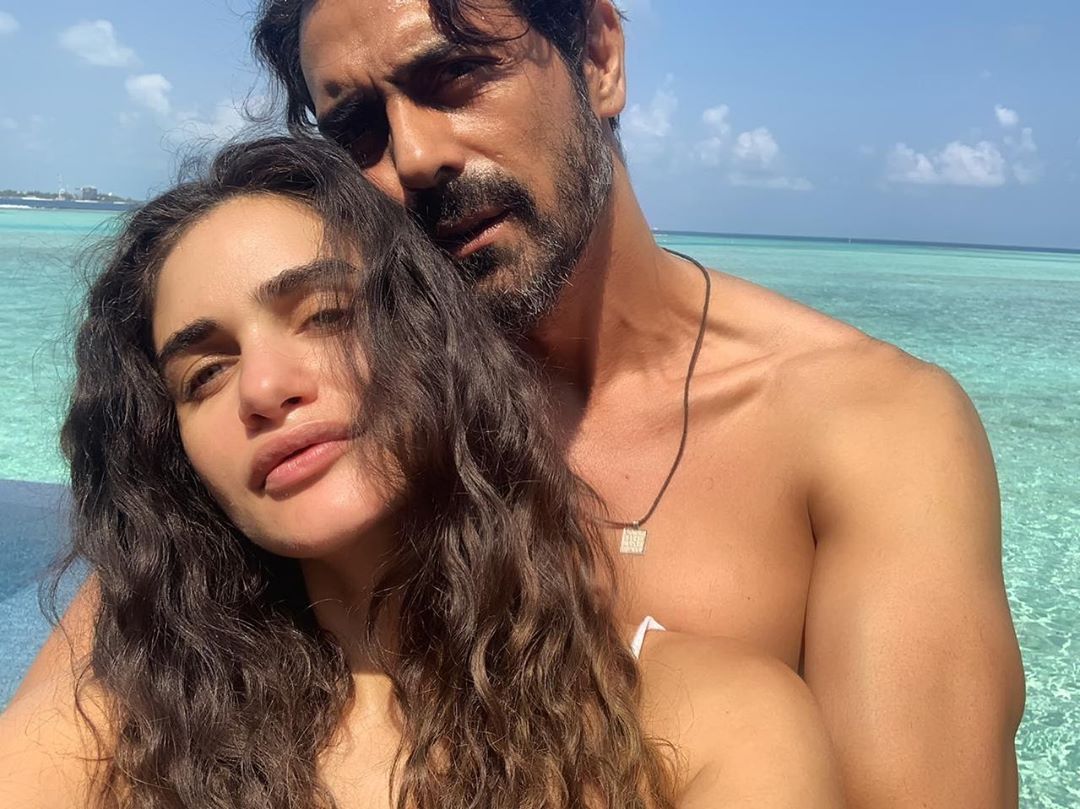 Before dating Gabriella, Arjun Rampal was married to Mehr Jesia. The couple, however, announced their separation on July 25, 2018.