Advertisement
HomeBOLLYWOODENTERTAINMENT NEWSMy son told me not to meet his friends: Tahira Kashyap on going bald after cancer treatment

My son told me not to meet his friends: Tahira Kashyap on going bald after cancer treatment

Ayushmann Khurranna’s wife Tahira Kashyap became an inspiration for many when she shared her battle against Stage 1 breast cancer on social media last year. Tahira had shared a happy picture on her Instagram and shared that after undergoing chemotherapy she had undergone a mastectomy procedure. Her long chemotherapy procedure resulted in her losing most of her hair due to which she had to bid adieu to her hair extensions and had to go bald. In a recent interview, the author-professor-writer-director opened up about how her bald look made her son embarrassed.

In an interview to a portal, Tahira spoke about the predicament that opened another dilemma for her when her seven-year-old-son forbade Tahira to meet his friends. However, she did not pay any heed and decided to break the stereotypes attached to beauty. Talking about the situation she said, “When my son saw, he was like, 'I have seen men go bald, why did it have to happen to my mother? He told me not to meet his friends but I did exactly that, I met them and after spending 15-20 minutes, they knew all is normal. That day I redefined beauty for them.” 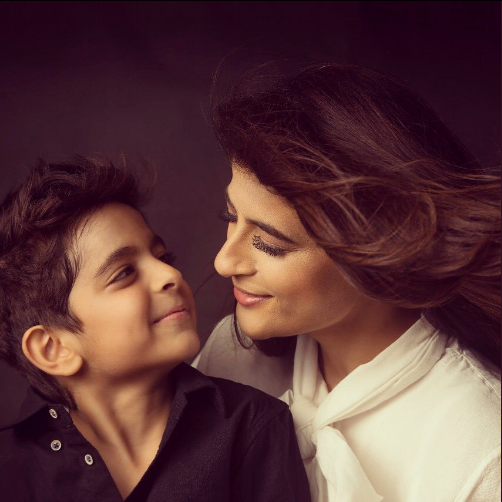 RECOMMENDED READ: I had given up on marriage many times but he did not: Tahira Kashyap talks about her initial marital problems with Ayushmann Khurrana

Tahira spoke about the repercussions of chemotherapy and revealed that she was aware of losing hair but was not ready to let go and go bald. She said, “On an emotional note, you never know how you are going to react until the situation comes. So, when I started going for my chemo, I knew I will lose my hair and I had kept one wig ready, lots of scarves ready, of different colours. I had kept everything ready because I wasn't ready to go bald. I had never imagined myself bald, not even short hair. I came from the school of thought where beauty meant long hair but that was old me. But there was one day when the extensions couldn't hold on to the humble strands of hair I had on my head. So one day I had to decide to shave it off.”

Now, isn’t that another praiseworthy action of Tahira’s?