Summer in May is not the best of times to venture out in the plains of Punjab but a thick cloud cover on Saturday afternoon made it easier for Sunny Deol to hit the beaten tracks in the interiors of Gurdaspur. He is on a whistle-stop tour with his entourage in the villages as the campaign picks up for voting in the last round of Lok Sabha polls on May 19. People across the villages off Amritsar-Pathankot border highway have been waiting patiently for the Bollywood superstar. A group of bikers with youngsters carrying Bharatiya Janata Party (BJP) and ally Shiromani Akali Dal (SAD) flags reach ahead of the star at Ratowal, one of the many stops on Deol's roadshow in the hinterland.

The star and BJP's candidate from Gurdaspur emerges from the sunroof of his white Range Rover and the motley crowd of villagers -- mostly women of all ages -- go ecstatic. There are no speeches from him, just a gentle smile and the waving of hands, but he connects with people instantly. There is a rush to shake hands and he obliges by hanging out, touching and holding as many hands as he can. He moves on slowly to the next village, barely a kilometer away as he leaves behind a host of smiling, cheering and happy faces thrilled by the star gaze. 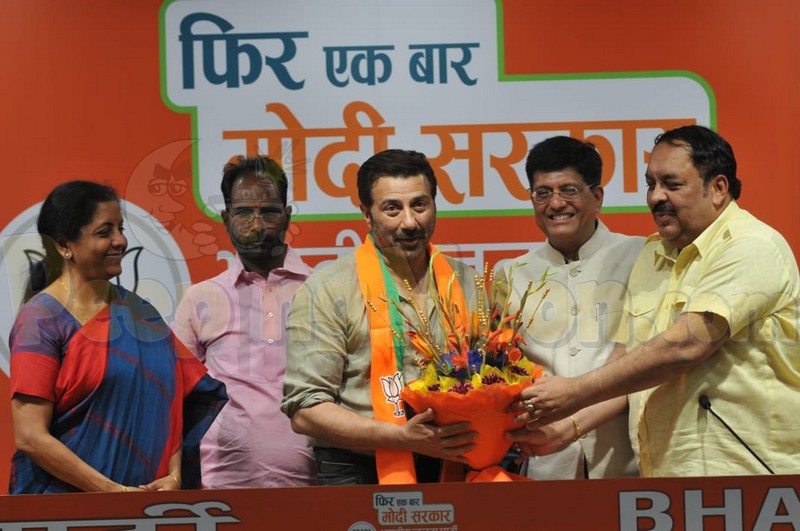 A woman whom Sunny Deol responded with a wave of his hand told media that Sunny is the obvious and only choice for her. But all are not mesmerised by the star's charisma. Shiv Dev Singh, an ex-serviceman and a farmer, said that people are only coming to see Sunny Deol but will vote for Sunil Jakhar, the Congress sitting MP. "He has given a medical college, sainik school another school and he is getting work done on a railway line," he said.

The sentiment is totally reverse in Nava Pind Jhawar, the next stop-over in Deol's roadshow. Bhind Singh, who runs a ramshackle tailoring shop in Bhawar, managed to get a glimpse of Sunny Deol. He has made up his mind. "I don't trust local leaders. I think Sunny Deol is the best choice," he said recalling Vinod Khanna, another Bollywood star who represented Gurdaspur four times. 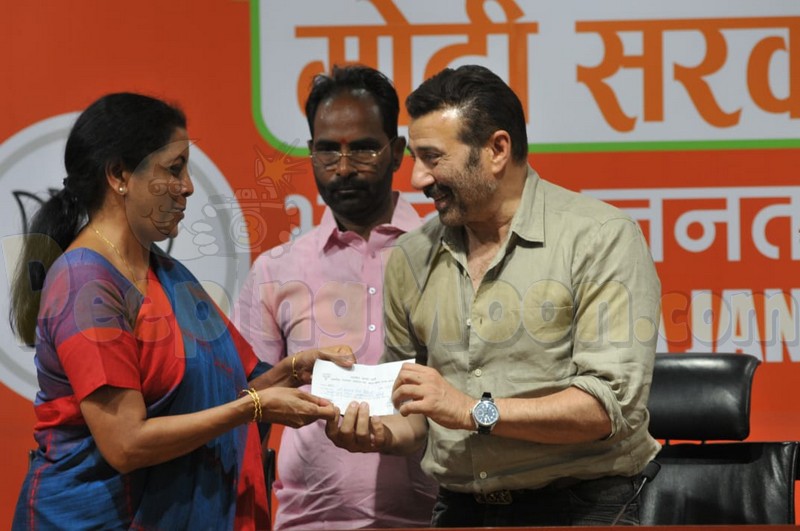 "He gave us bridges which are the most crucial thing for us," he said lambasting the Congress government in the state for not fulfilling the promises of giving jobs to the youth. "If there is a Congress meeting or roadshow, I will ask them what happened to their promises," he said.

Similar resentment prevails in nearby Jeewanwal where people have gathered in large numbers to receive Sunny Deol. Gurnam Singh, a retired state government employee, said that people are annoyed with the Congress for rolling back welfare schemes for the poor. "There are around 800 votes in the village, Sunny Deol will easily get 500," he said adding that the Congress has not kept its promises.