Advertisement
HomeBOLLYWOODENTERTAINMENT NEWSIs Priyanka Chopra returning to Mumbai in June to shoot a song for The Sky Is Pink?

Is Priyanka Chopra returning to Mumbai in June to shoot a song for The Sky Is Pink?

Priyanka Chopra will be in Mumbai in June to shoot a song with Farhan Akhtar and Zaira Wasim for their upcoming film The Sky Is Pink, a leading daily reports. Sources told the daily that the song is a fun track and will appear midway in the film.

“Composed by Pritam and written by Gulzar, it will be shot in a five-day schedule beginning June 6. Shonali, who is in the middle of post-production, has been working on the song for a few weeks now,” the source told the daily. 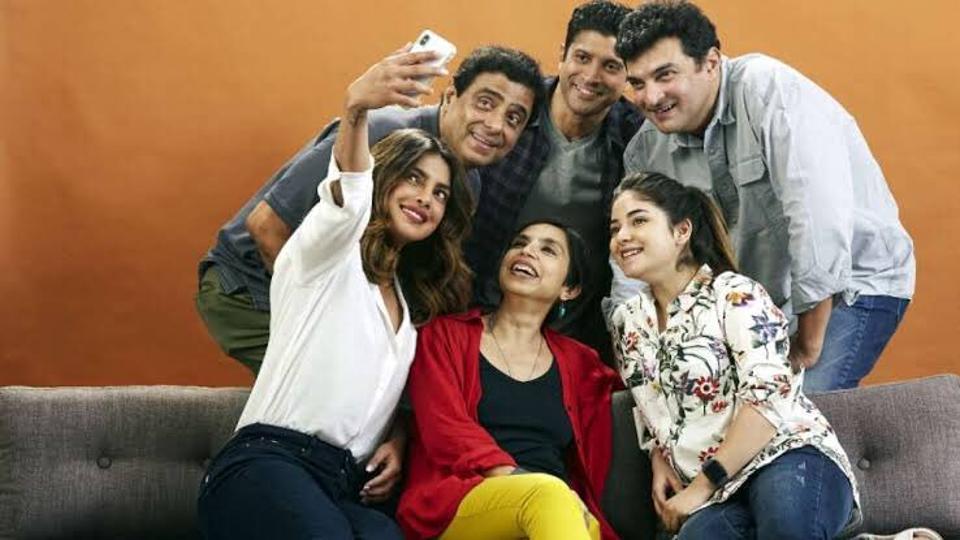 The Sky Is Pink is inspired by late motivational speaker Aisha Chaudhary - born with an immune deficiency disorder, she was diagnosed with pulmonary fibrosis at the age of 13. Apart from Delhi, The Sky Is Pink has been filmed in London as well while several quarters suggest that the film will go to the Toronto International Film Festival 2019.

Speaking of the film, Priyanka had said last year, "I look forward to diving into this film...It's very special to me. As soon I read it, I knew I had to be a part of telling this story, so I'm wearing two hats on this one... as an actor and as a co-producer.” Priyanka Chopra is currently in the USA with her husband, American singer Nick Jonas.

It belongs to a genre that #Bollywood hasn't attempted before: Deepika