Advertisement
HomeBOLLYWOODENTERTAINMENT NEWSAhead of polling in Mumbai, Rishi Kapoor connected with Indian Consulate’s office in New York to check whether he can vote away from home

Ahead of polling in Mumbai, Rishi Kapoor connected with Indian Consulate’s office in New York to check whether he can vote away from home

Veteran actor Rishi Kapoor is currently undergoing medical treatment in New York and hence, couldn’t cast his vote in the fourth phase of the Lok Sabha elections in Mumbai on Monday. On Twitter, meanwhile, Rishi Kapoor informed his fans and followers that he had called the Indian Consulate’s office in New York to enquire whether there was any provision to vote from his current location.

However, there wasn’t. Moreover, in his tweet, Rishi Kapoor asked his followers to exercise their vote as it is the most important thing to do.

Called the Indian Consulate’s office here in NY to inquire if there was any facility for people like us to vote(away from home)There wasn’t. Please do not forget to vote wherever and whenever you have to. Jai Hind! Vande Mataram! (Sorry for earlier error) pic.twitter.com/A0heLdBhZv

Rishi Kapoor has been undergoing treatment for an undisclosed disease since September 2018 in New York. His wife Neetu Kapoor has been with him in the Big Apple ever since. 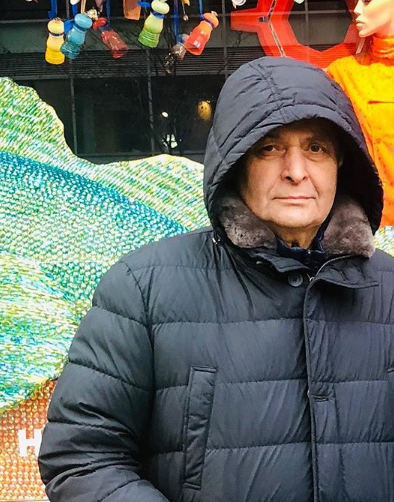