Advertisement
HomeBOLLYWOODENTERTAINMENT NEWSIt is my nature to lead a proper life: PM Modi tells Akshay Kumar that he has always been ‘careful’ about his appearance

It is my nature to lead a proper life: PM Modi tells Akshay Kumar that he has always been ‘careful’ about his appearance

Prime Minister Narendra Modi, during his interaction with Akshay Kumar at 7 Lok Kalyan Marg in Delhi on April 23, said that he has always been careful about his appearance. Narrating incidents about his style of living, PM Modi said that as a child, he often suffered from inferiority complex as he belonged to a poor family.

“It is my nature to lead a proper life. I always felt inferior because I belonged to a poor family. It probably stemmed from psychology that I studied as a child,” PM Modi told Akshay. 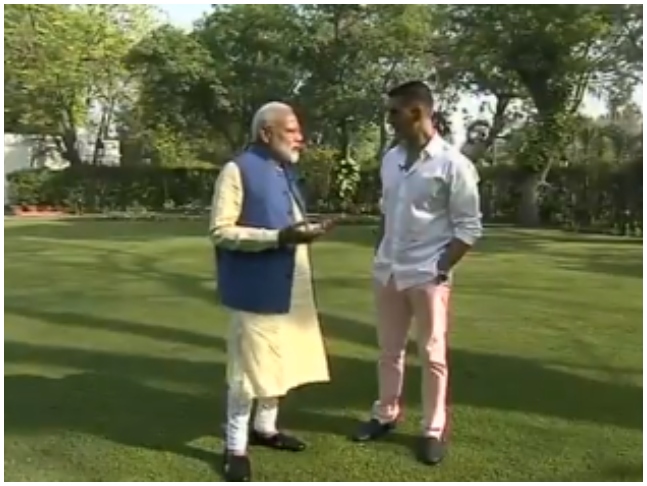 Moreover, PM Modi also said that he has been particular about his attire as a child. “Since I didn’t have an iron to press my clothes, I used to fill coal in a vessel and iron my clothes. I didn’t have shoes. My uncle bought white canvas shoes for me once, but they got dirty. In school, after my classmates left, I used to collect the small pieces of chalk that my teacher used to leave behind. Every morning, I used to polish my shoes with chalk,” PM Modi said.

PM Modi and Akshay Kumar discussed various subjects, not political of course, during their interaction.

'Irrfan helped with funds for Coronavirus patients with a clause that