Advertisement
HomeBOLLYWOODENTERTAINMENT NEWSBreakups don't break me: Vicky Kaushal’s ex-girlfriend Harleen Sethi writes in her poem and it is winning the internet

Breakups don't break me: Vicky Kaushal’s ex-girlfriend Harleen Sethi writes in her poem and it is winning the internet

Vicky Kaushal’s former girlfriend Harleen Sethi has written an emotional yet motivational poem following her break up with the actor. On Instagram, Harleen shared a fantastic picture of herself from a photoshoot and said that she enjoys the “eccentricities, performances and anxieties” in the industry and is “feeling alive everyday.”

What’s noteworthy in her poem is that she has mentioned about the frivolity of worldly matters. “Link ups don't build me. Breakups don't break me. Wins don't fill me. Failures don't kill me,” Harleen wrote, adding that she has her “own swag” and “I am my own tag.”

You must read this!

The most prominent point of Harleen’s poem is obviously the line on ‘break up’ and her post has already gone viral with over 37,000 likes. Comments such as “So beautiful n touching” and “Awesome Poem” are spread all over the section on her post.

Reports of Harleen and Vicky’s break up surfaced after the internet noticed that she had unfollowed him on Instagram. Vicky, soon after, spoke about his break up and said, "Hanji ekdum single. Ye dekho ekdum akela." Further prodded about his relationship status, Vicky said, "Single. Ekdum." 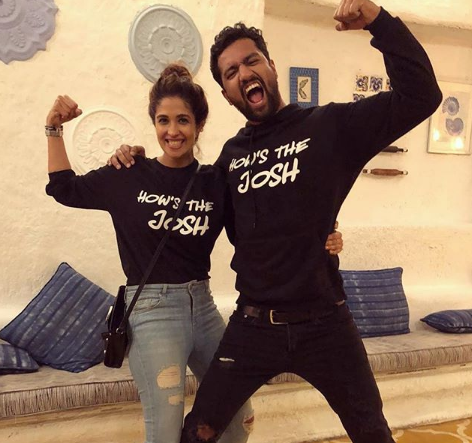 Vicky and Harleen met through common friends and were dating since 2018. He has often spoken of his relationship with Harleen and had said that he enjoyed her company.

Harleen Sethi is best known for her role in ALTBalaji’s latest web series Broken But Beautiful. Vicky Kaushal was last seen in Uri: The Surgical Strike.