Advertisement
HomeBOLLYWOODENTERTAINMENT NEWSAfter ‘Luka Chuppi’ and ‘Sonchiriya’, Sushant Singh Rajput and producer Dinesh Vijan to clash again at the box office with ‘Chhichhore’ and ‘Made In China’?

After ‘Luka Chuppi’ and ‘Sonchiriya’, Sushant Singh Rajput and producer Dinesh Vijan to clash again at the box office with ‘Chhichhore’ and ‘Made In China’?

Bollywood is the world’s biggest film industry and hundreds of films released every year. With only 52 Fridays in a year it is always a struggle for filmmakers to find a slot free to release their film. Often we hear big clashes on the box office that even go on to break friendships. Although, most filmmakers and big stars tend to avoid these clashes sometimes they are inevitable. However, what is surprising are the coincidences that sometimes occur with these releases.

and Sushant even attended Vijan’s wedding this year. Raabta Sushant Singh Rajput and producer Dinesh Vijan has a good relationship with each other. The two worked together on the film However on March 1, they went head-to-head at the box office with Vijan’s film Luka Chuppi and Sushant’s Sonchiriya. Now, we hear that the two are again going to lock horns as Vijan’s Made In China starring Rajkummar Rao and Mouni Roy and Sushant’s and Shraddha Kapoor’s Chhichhore is releasing on August 30. 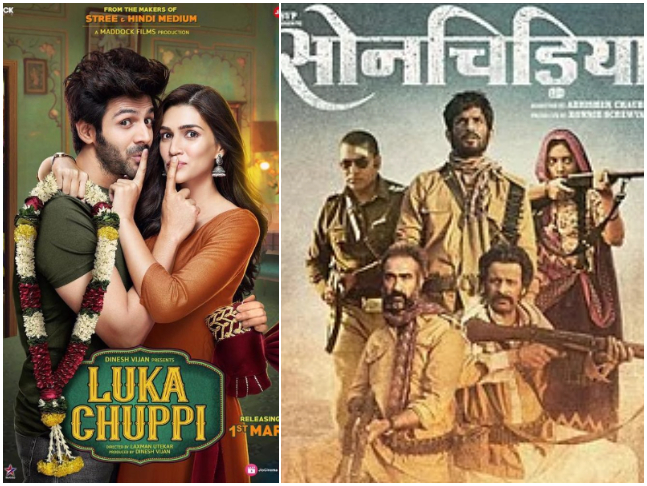 RECOMMENDED READ: I am ready to work with her on any platform: Sushant Singh Rajput on working with Ekta Kapoor

While Luka Chuppi beat Sonchiriya at the box office, the fate of Made In China and Chhichore will be very interesting to watch as both the films pertain to the comedy genre. Let’s hope that both films prove to be winners at the box office.