An old picture of ex-lovers Salman Khan and Aishwarya Rai Bachchan has gone viral on the internet and it is giving us major Hum Dil De Chuke Sanam feels. The duo who starred in three films together back in 90's and early 2000 made for one of the most loved and appreciated on-screen couples of Bollywood.

The throwback picture has Salman and Aishwarya happily posing with each other with Aish holding a cup of coffee. 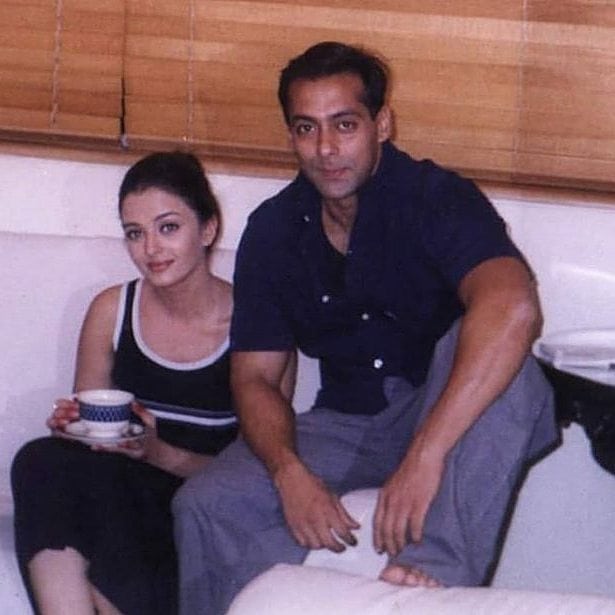 Recommended Read: Ranveer Singh, Varun Dhawan and Tiger Shroff are so good that all of us will also have to be on our toes: Salman Khan on younger boys of Bollywood

Salman and Aishwarya's romance bloomed on the sets of Sanjay Leela Bhansali's Hum Dil De Chuke Sanam (1999). However, their relationship ended by 2002 and there was much speculation about their break-up.