Advertisement
HomeBOLLYWOODENTERTAINMENT NEWSI keep teasing her that you made it before me on Koffee With Karan: Chunky Pandey on his daughter Ananya Panday’s debut on KJo’s show

I keep teasing her that you made it before me on Koffee With Karan: Chunky Pandey on his daughter Ananya Panday’s debut on KJo’s show

The trailer of Ananya Panday’s debut film Student of the Year 2 released today. She shares the screen space with Tiger Shroff and Tara Sutaria. The film is produced by Karan Johar under his Dharma Productions banner and is directed by Punit Malhotra. Even before her Bollywood debut, Ananya has been making waves with her first magazine cover as well as appearing on Karan Johar’s chat show Koffee With Karan along with her SOTY 2 star cast.

Ananya is the daughter of actor Chunky Panday who is on top of the moon because of his daughter’s debut film. Speaking to an entertainment portal, he revealed that he got extremely emotional watching the trailer of the film. However, he also had some great things to say about her debut film being produced by KJo. He said, “She is a very lucky girl because her father never got a chance to work with Dharma Productions. I remember as a kid she used to ask me, 'Dad, when are you going to go on Koffee With Karan?' And now, I keep teasing her that you made it before me on Koffee With Karan." 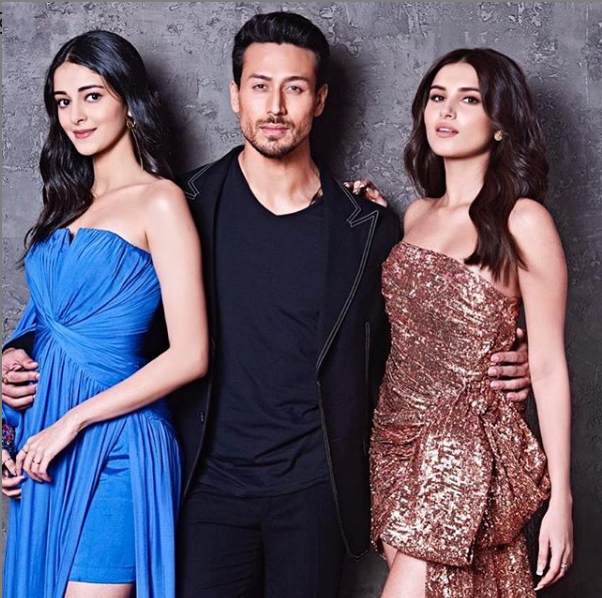 RECOMMENDED READ: SOTY to SOTY 2: 7 years, 6 students and the tale of love and life’s battles continues

Ananya has already signed another film even before her debut. She will be next seen in Pati Patni Aur Woh opposite Kartik Aaryan and Bhumi Pednekar. Chunky is currently shooting for Housefull 4 with Akshay Kumar, Bobby Deol, Riteish Deshmukh, Kriti Kharbanda, Kriti Sanon and Pooja Hegde.