I am playing Akshay Kumar’s dead wife: Parineeti Chopra on her short role in Kesari 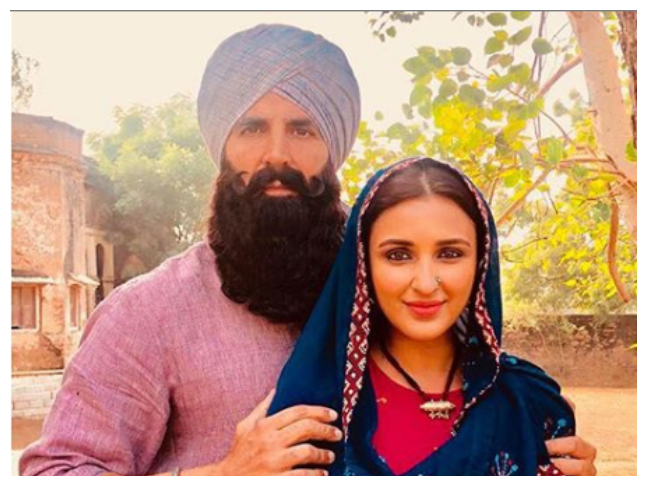 Akshay Kumar and Parineeti Chopra starrer Kesari has already piqued the audience’s interest with its hard-hitting trailer and goosebumps inducing dialogues. The film directed by Anurag Singh is based on the historic Battle of Saragarhi in which 12 Sikh soldiers tried to defend an Army post against an invasion of 1000 Afghan tribesmen. Parineeti, who plays the female lead in the film, is seen in only a short glimpse in the trailer. During an interview, she spoke about her role and told us what prompted her to take up the film.

When Parineeti was asked about her blink-and-you-will-miss appearance in the trailer, she said, “Yeah, my character has not been shown much because see, ultimately you and I, we both know the truth that the film is about the boys, it is about the Battle of Saragarhi. So obviously, everybody wants to show that flavour. But, in two days we're releasing our love song, so in that, I think you'll get an idea. My character is a small chapter in Akshay sir's life because the story is about the battle, there's nothing before and there's nothing after. But Anurag sir in a very smart way has added this love story into the war but actually, it's all about the battle."

She further told us about her character in the film and said, “It's a Punjabi character. It's about this Sikh guy who meets a Sardarni. So, the film is about two days, today when I'm discussing that this is going to happen in the planning and tomorrow the actual battle. Kesari is just spread over two days and whenever Akshay Sir's character is at an emotional point in his decision making or anything, then she comes into his life. I used to be his wife who died and then he always remember the conversations he used to have with me, our love story, how we met. I just wanted to be a part of the film I didn't care about what role, screen time, these questions didn't occur to me. I just heard the story and I said I just want to be a part of it. I will be a tree in the background, it's okay.”

Kesari is slated to release on March 21, on the occasion of Holi.