Actor Salman Khan approached the Bombay High Court challenging the process (summons) issued to him by a lower court in connection with the alleged misbehaviour with a journalist in 2019. Salman's plea was heard by a single bench of Justice Revati Mohite Dere today.

A civil court had last month issued a process (summons) to Salman and his bodyguard Nawaz Shaikh and directed them to appear before it on April 5. Now, the actor is asked to appear in front of the court on May 9, 2022. 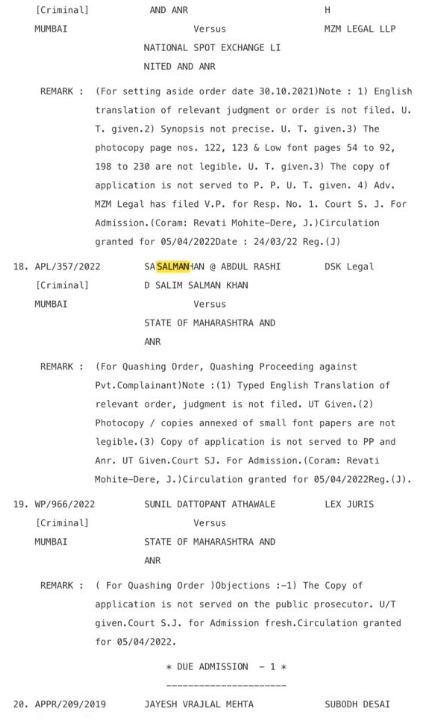 Recommended Read: Salman Khan gets into legal trouble; journalist files an FIR against the actor for maltreatment and snatching away his phone

The actor in his plea has sought the high court to quash the lower court order issuing process and has also sought for the process (summons) to be stayed by the way of interim relief.

Journalist Ashok Pandey had in his complaint sought criminal action to be initiated against actor Salman and Mr. Shaikh, his bodyguard. Pandey alleged that Salman had snatched away his mobile phone while cycling on a Mumbai street when some media persons started clicking his photos.