Aditya Pancholi was imposed with section 375 in a rape case on Friday after a leading Bollywood actress and her sister claimed on multiple public platforms including national TV that Aditya misused the actress when she was in an abusive relationship with him over a decade back. The Versova police registered a rape and assault case against Pancholi and the anticipatory bail is due for hearing on Tuesday.

Soon after reports of Aditya filing for an anticipatory bail hearing, tomorrow flooded the internet. Responding to the reports, the actor told ANI over a telephonic conversation that these are false charges and he has the evidence to prove the same."I am being falsely implicated in this case. I have all the evidence and video in this case. I am ready to cooperate with the Mumbai Police. If they will call me for my statement, then I will cooperate. I am ready for investigation. I knew that a case will be registered against me. I am not going anywhere. The police have not approached me after the FIR was registered", he was quoted as saying. 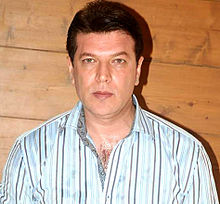