The great outdoors, rather than a ramp in an air-conditioned venue, was the natural setting for delightful designer Vaishali Shadangule to showcase her wondrous creations at the Paris Haute Couture Week on Thursday. Vaishali is the first woman designer and one of two international guest designers that were invited by the Fédération de la Haute Couture et de la Mode to showcase her brand’s couture collection at the exciting event.

She titled her show ‘Shwas’ which is the Sanskrit word for ‘Breath’ and you could sense the breath of fresh air, or you could say flair, as the models strolled across the long tree-lined pathway. 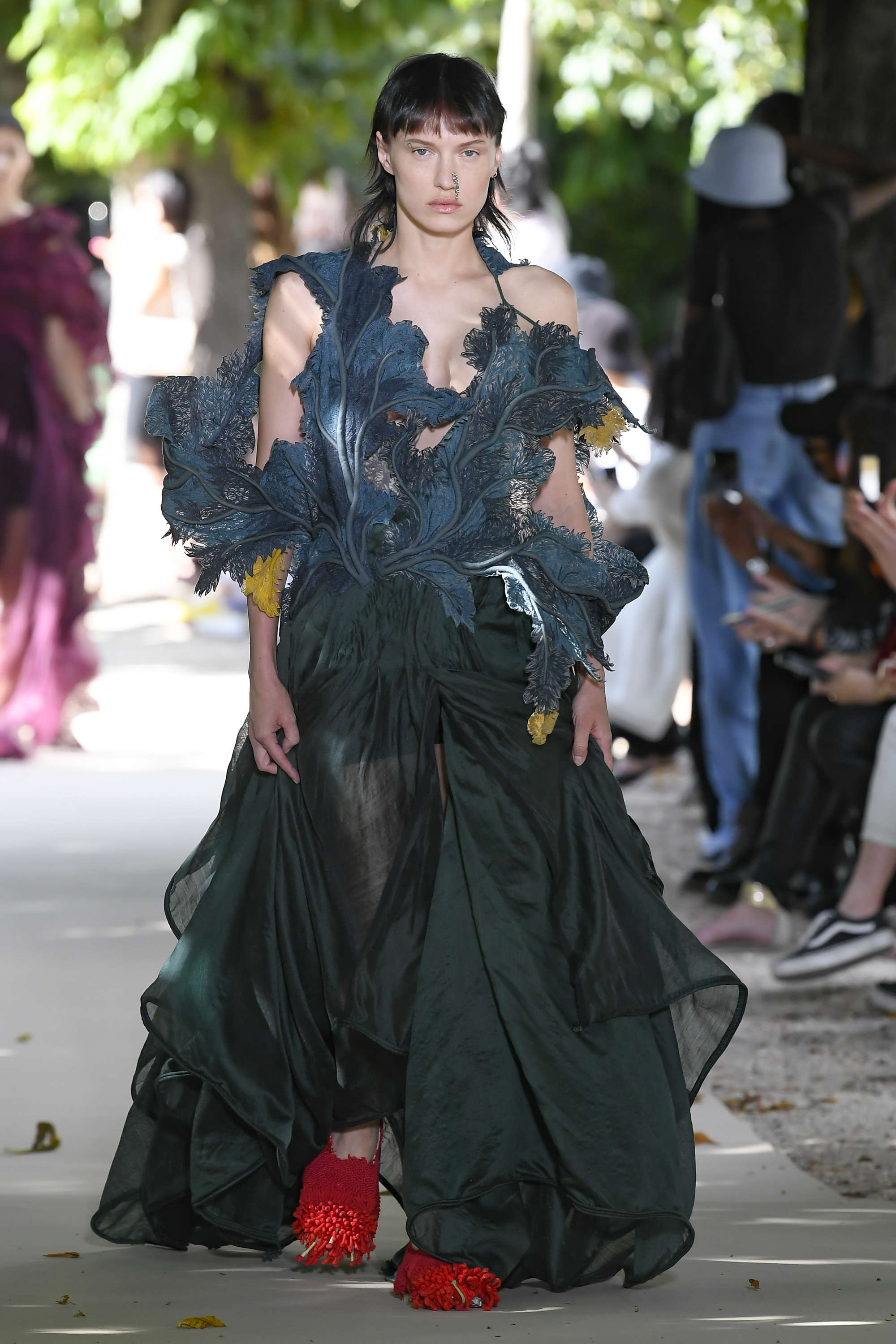 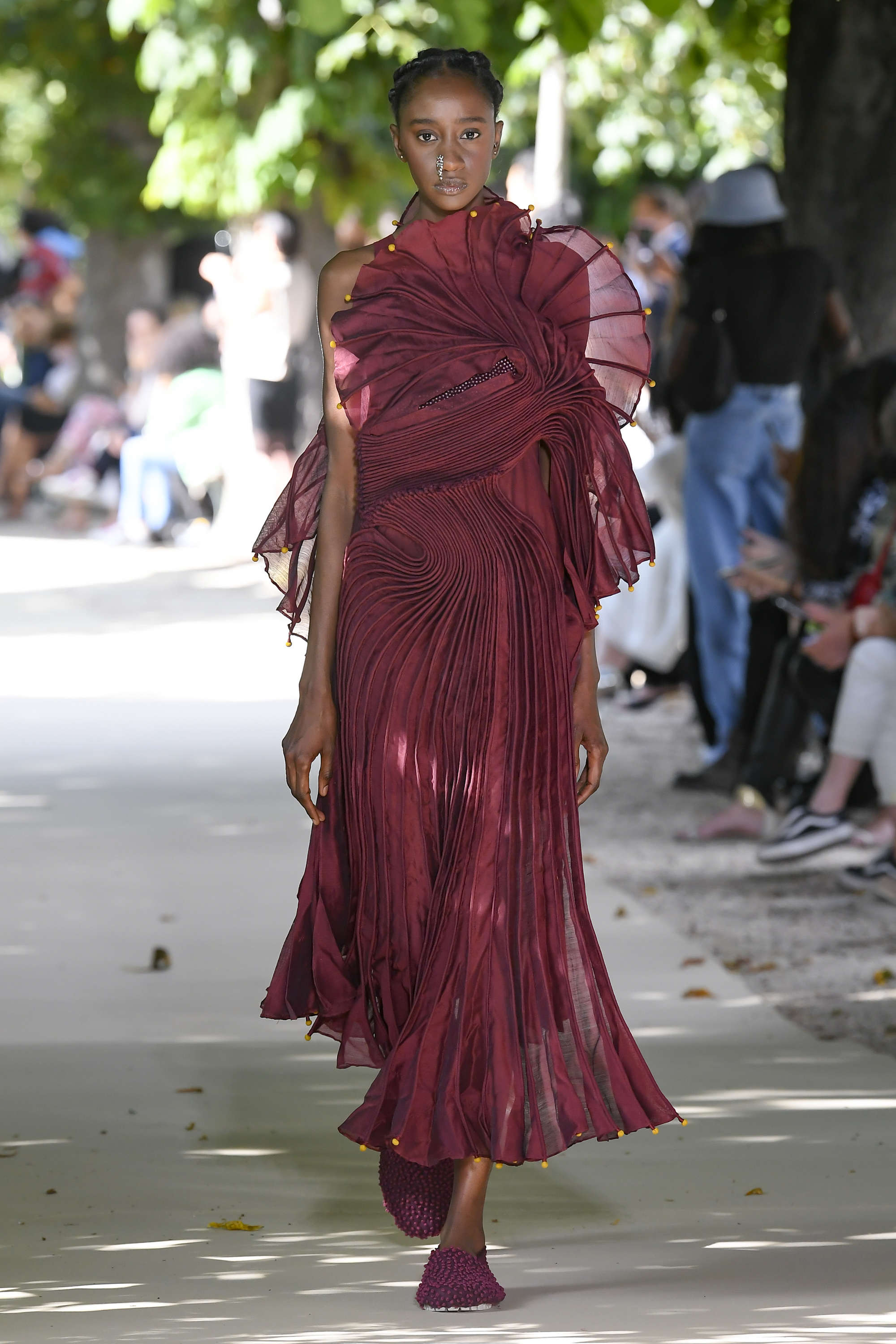 Employing her unique flair for effortlessly blending traditional weaves and techniques with dramatic silhouettes, Vaishali’s couture collection took inspiration from nature and its flow of energy. The garments were inspired by the lines and curves we may see in corals, tree bark and other textures created by the elements. As many as 25 garments featuring craftsmanship from the length and breadth of India, including Merino wool woven in Maheshwar, Khun from Karnataka and other indigenous weaves from West Bengal, were on view. Flashing across your screen, or mobile phone, in the live stream were hues of white, black, green, orange, purple, earthy brown in the glorious garments. You could call them ‘wearable art’ that included some of the designer’s signature techniques such as cording, engineered deconstruction and texturing. 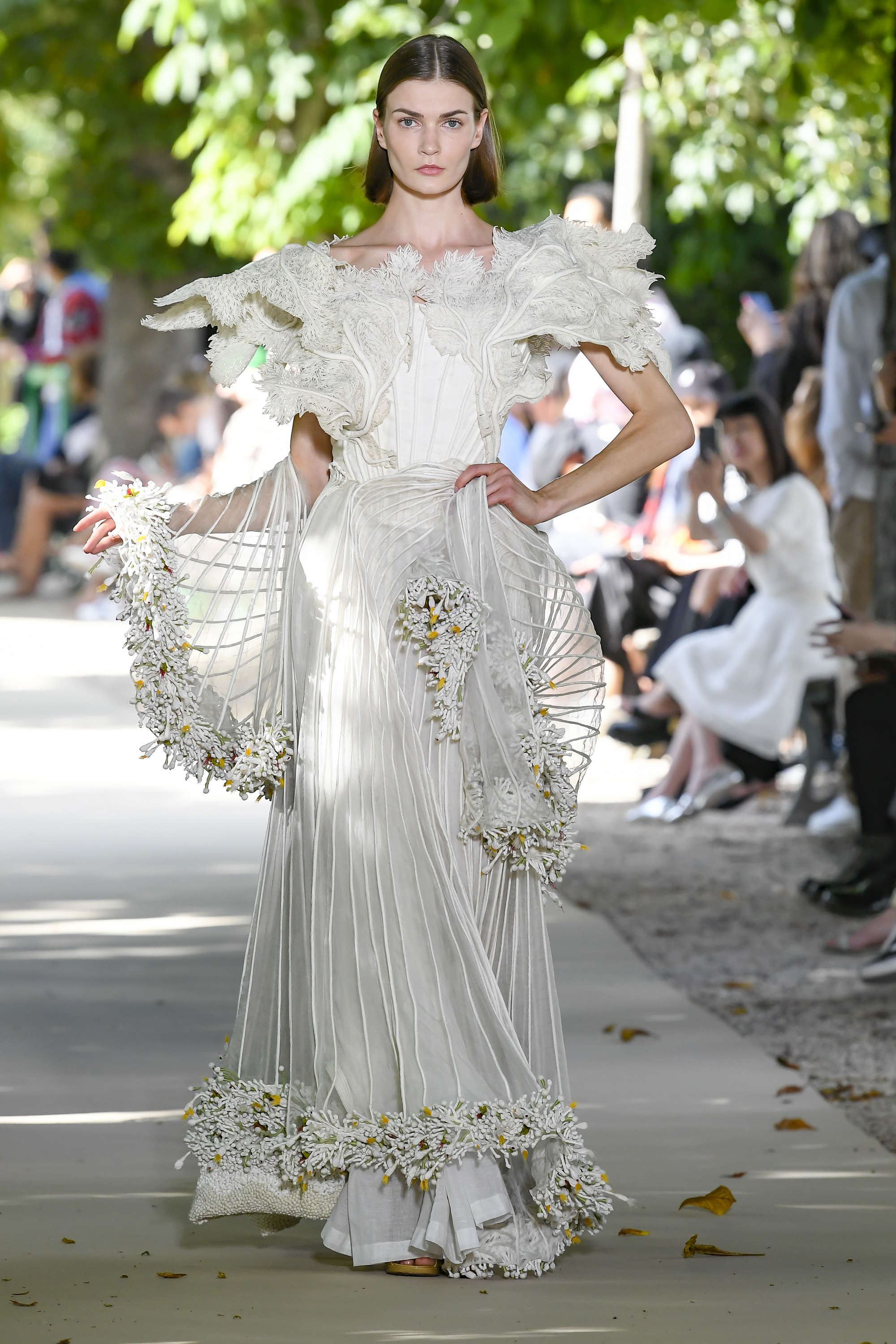 Complementing the creations were some stunning jewellery from Forevermark, made with the rarest, untreated natural diamonds. 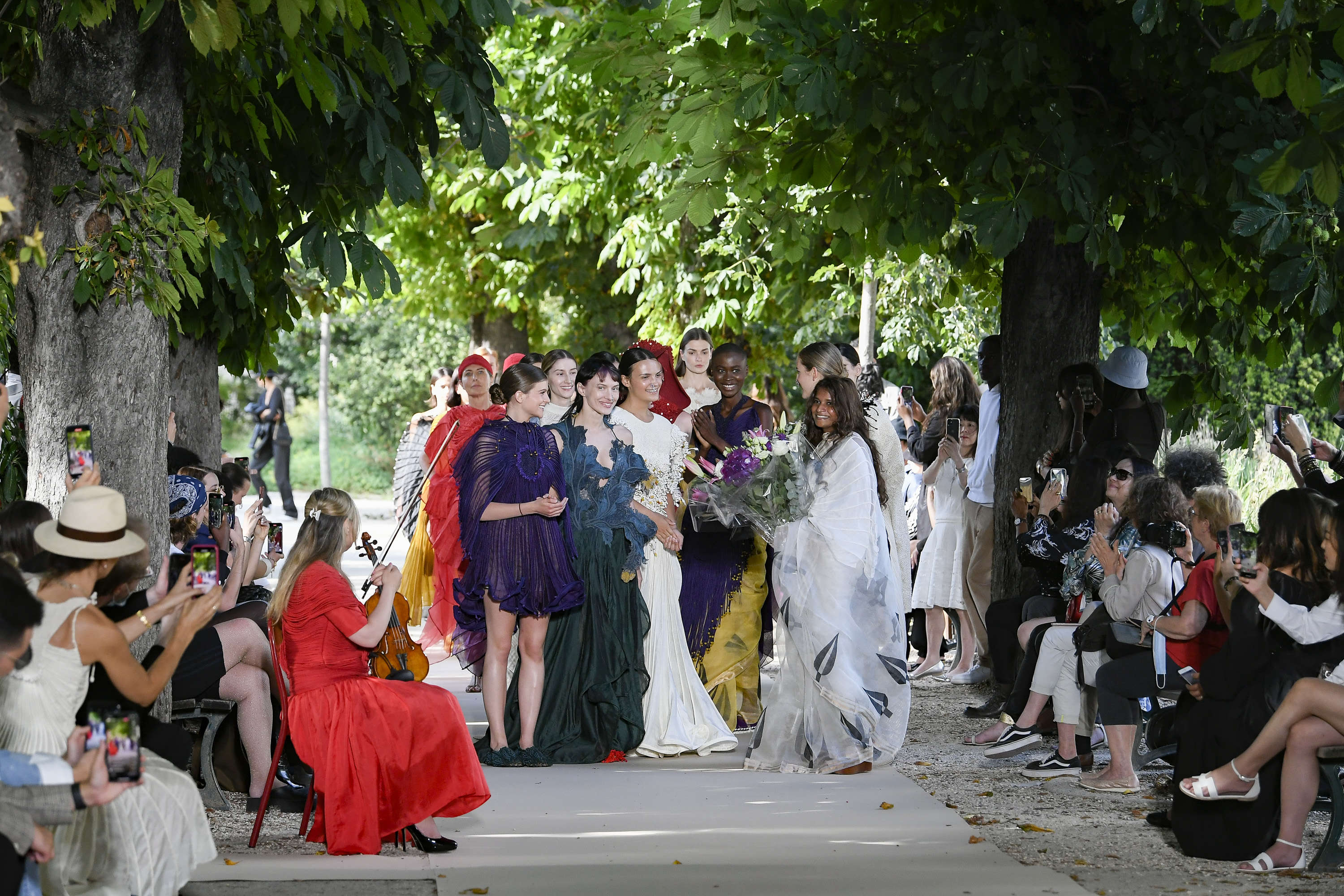 It was all so very smooth with the sight of a lady violinist who came on in the beginning and the end and the soft sounds of music all throughout. One model’s shoe gave way but she took it in her stride, smilingly taking off the other one and holding the pair of footwear in her hand. Yes, it turned out to be an easy breezy show all the way!

India Couture Week 2021: Love is a many splendoured thing for Gaurav Gupta