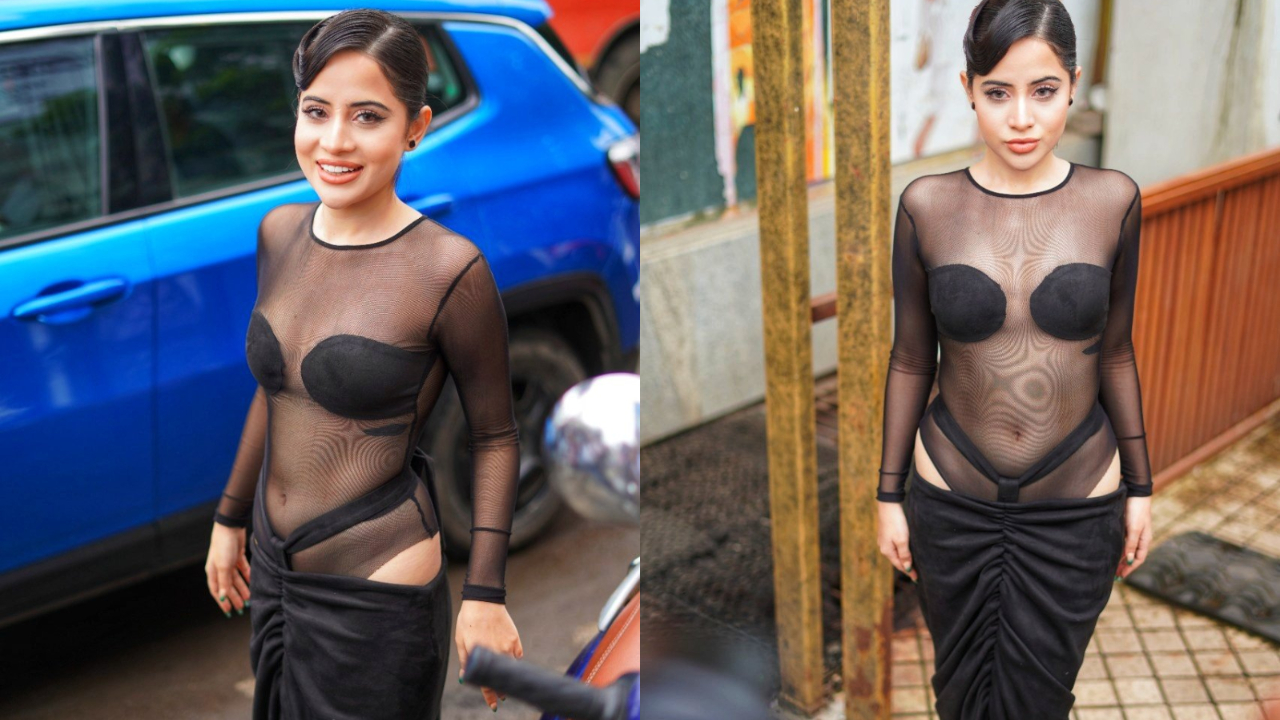 Whether you like her or hate her but you can’t escape her and that’s Urfi Javed for you, who recently changed her name to Uorfi Javed. Her fashion experiments are the talk-of-the-town, although not in the most commendable way. Her outfits are not the regular ones you would see on the streets daily, in fact, even on a runway they might stand out, but every time she steps out in Mumbai, she makes heads turn with her quirky hatke style. While there are many who praise her confidence, there are several others who troll her brutally. This time, she once again received scathing comments on her OOTD.

Uorfi shared a video of herself dancing in a very weird see-through black dress that left very little to imagination and elicited some really brutal comments from the netizens.

RECOMMENDED READ: Uorfi Javed calls Ranveer Singh 'sweet' for referring to her as a fashion icon on Koffee With Karan, says 'initially I thought that he was making fun of me '

In the  video that she posted on Instagram, Uorfi can be seen wearing a see-through black dress that also showed a bit of her hips and bum. She tied her hair in a bun and wore black shoes. Uorfi captioned her video, "My presence is a present (sic)." However, her present left the netizens highly amused who called her out for her icky fashion sense.

Comments like, "Mood kharab kar diya," to "Aapki pant gir rahi hai" were shared by the netizens. One user even called her Indian Kim Kardashian. Check out the comments below: