Advertisement
HomeTELEVISION NEWSTELLY BUZZRajpal Yadav opens up about turning down the role of Jethalal in Taarak Mehta Ka Ooltah Chashmah, says he has no regrets

Rajpal Yadav opens up about turning down the role of Jethalal in Taarak Mehta Ka Ooltah Chashmah, says he has no regrets

Taarak Mehta Ka Ooltah Chashmah has been successfully entertaining the audience since 2008. The sitcom aired on Sab TV will complete 13 years in the next few days. The show with an ensemble cast continues to rule hearts, thanks to all the actors. Among all other characters, Dilip Joshi's Jethalal stands out as the story primarily orbits around him and the problems that he encounters. But, did you know Rajpal Yadav was offered the role of Jethalal? 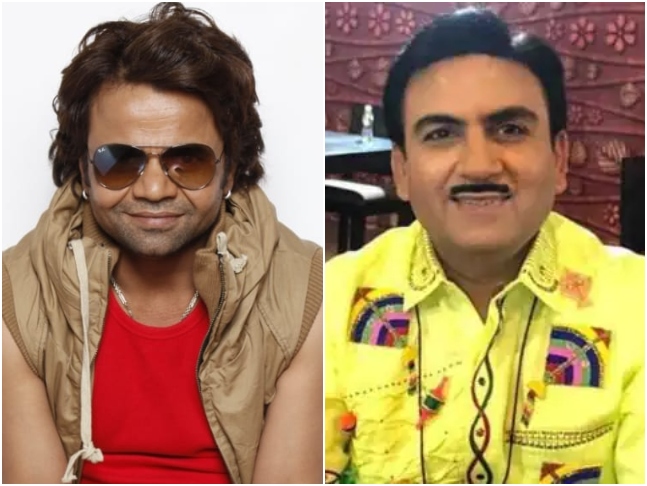 Recommended Read: ‘Before I signed TMKOC, for over a year I had no job, no work,’ reveals Dilip Joshi aka Jethalal about his struggle in the industry

Similarly, rumours were rife that Divyanka Tripathi was the initial choice for the character of Daya Gada. The actress denied it and said that though the show is popular and loved, she won't be keen on doing it.