Advertisement
HomeTELEVISION NEWSTELLY BUZZKaran Mehra alleges Nisha Rawal switched off the CCTV cameras in their house, accuses her of physical abuse that made him ‘feel suicidal’

Karan Mehra alleges Nisha Rawal switched off the CCTV cameras in their house, accuses her of physical abuse that made him ‘feel suicidal’

Karan Mehra’s and Nisha Rawal’s marital dispute is turning murkier by every passing minute. The two Tv actors continue to level allegations against each other. While Nisha accused Karan of domestic violence and lodged a complaint against him at the Goregaon Police Station on Monday night, Karan claimed that he didn’t touch her. In a press conference she accused him of having an extramarital affair and said that he lost his temper and banged her head on the wall when they were trying to come to a conclusion about their matter. However, no CCTV footage is available for the incident even though the couple has cameras installed at their home; both Karan and Nisha are blaming each other for this as the cameras were turned off.

Blaming Nisha, Karan told a leading daily, “There are seven cameras in our 4BHK apartment. Every room has a camera barring the bedroom. The camera in the hall is installed at an angle that could have captured the area where she hit her head against the wall. But then, I realised that Nisha had switched off the cameras in the house. If we had the footage, things would have been clearer, but the main control was switched off. Everything seemed to have been orchestrated and planned in advance.”

When Nisha was asked about Karan’s allegations she said, “Yes, the cameras were off, and I had switched them off some time ago. Karan would be on his best behaviour, be nice to me and play with our son Kavish wherever there were cameras, while in the bedroom where we didn’t have a camera; he would abuse and hit me. So, I had switched off the cameras many days ago. Now, the police have confiscated the DVR (Digital Video Recorder), which would record everything.” 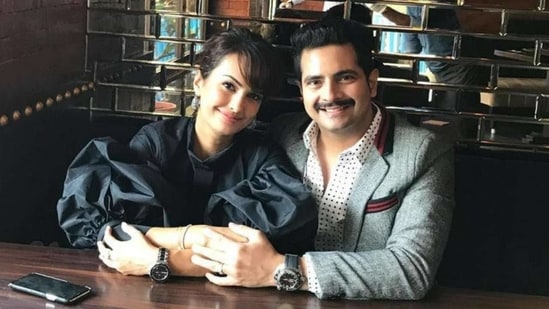 On the other hand, Karan has now accused Nisha of being physically abusive towards him which made him feel suicidal. Talking to a leading daily, Karan said, “She has always been aggressive and in the beginning, she was physically abusive as well. Usko gussa aata hai toh woh haath paav chalaati hai, usko samajh mein nahi aata hai. (When she gets angry, she gets physical, she doesn't understand anything). She starts throwing and breaking things. I had thought it would get better, and it did to a certain extent, but phir woh activate hone laga (it began activating again). Things have been bad since the past four-five years and there came a point when I became suicidal.”

The couple has a son named Kavish and have been married for nine years. On May 31, Karan was arrested on the charge of domestic violence but received a bail few hours later.