The BARC TRP ratings for week 30 of 2020 have been finally released. The week has seen quite a few changes in the rankings of your favourite TV shows. This week, we have a surprise leader.

The ‘World Television Premiere’ of Ajay Devgn’s Tanhaji: The Unsung Warrior fetched great numbers for Star Plus. The film topped the TRP charts in week 30 of 2020. The film co-starring Saif Ali Khan and Kajol released in January this year. The second in line is Star Plus’ newly launched show Anupamaa that surpassed all the expectations. The show has managed to win the hearts of the viewers with its entertaining episodes. The show stars Rupali Ganguly and Sudhanshu Pandey in lead roles.

The third spot has been taken by Sony SAB's Taarak Mehta Ka Ooltah Chashmah. The show that usually takes either of the first two spots, dropped to the third one. 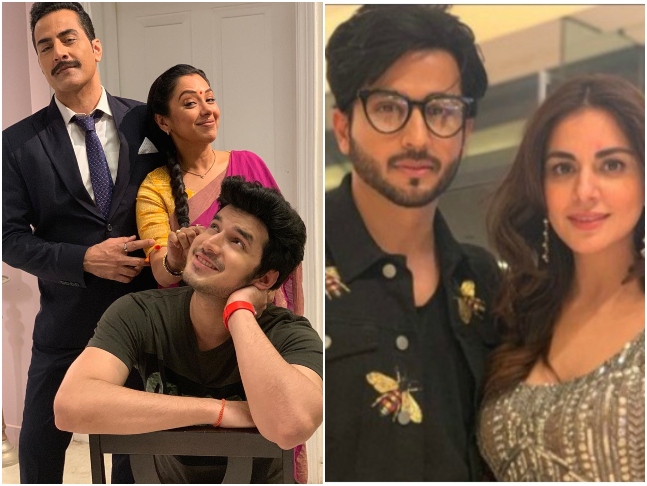 Recommended Read: TRP Week 15: With the re-run of 'Ramayan', 'Mahabharat' and others, Doordarshan tops the TRP chart amid Coronavirus lockdown

Zee TV's Kundali Bhagya also dropped in the 30th week. The show starring Dheeraj Dhoopar and Shraddha Arya has slipped to the number four spot in the latest set of TRP ratings. Colors TV's Choti Sarrdaarni has retained its number five spot in week 30 of 2020. The show starring Avinesh Rekhi and Nimrit Kaur Ahluwalia is churning out drama-packed episodes, which is keeping the viewers hooked to their TV sets. 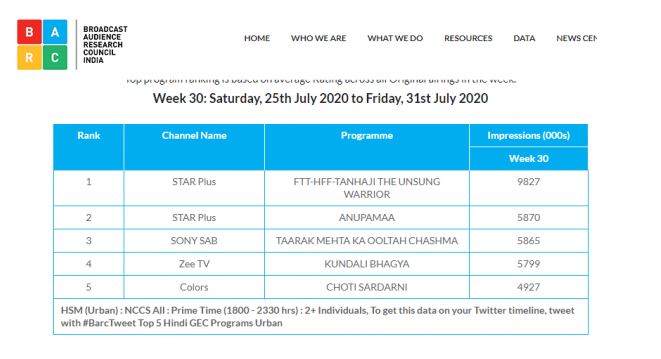