Silsila Badalte Rishton Ka ended two years ago, however, its cast member and actor Abhinav Shukla is still fighting to get his dues and get his hard-earned money back from the show makers. Not that such instances are unheard of in telly land, but in this case, Abhinav has taken the legal route.

As per a report in a leading daily, Abhinav's contract with the production house had a clause clearly stating that he will be given a month's notice if and when the channel decides to cut his character short. While he joined the show in mid-May 2018, on October 27, 2018, he received an e-mail from the production house. The mail read that his contract had been terminated with immediate effect and he would no longer be a part of the daily soap. Not just the breach of his contract but Abhinav was not even been paid his dues for the month of October and November, which would have been his notice period. And now after trying his best, the actor has filed a case against the producers, Comall and Sunjoy Wadhwa.

While Abhinav refused to comment, his lawyer, Suvigya Vidyarthi, said, “Besides many other issues, including misinforming and misleading the channel that Abhinav wasn’t available for the shoot, thereby compelling them to cast another actor as his replacement, the production house has even breached the contract by going against the clause under which Abhinav had to be compulsorily given a termination notice of a month in advance about his exit. He worked during the month of October, 2019, for which he hasn’t been paid. He hasn’t got his dues for the month of November as well, as stipulated in the contract. He even approached the channel and the Cine and TV Artists Association (CINTAA) and a meeting was held between CINTAA and Indian Film and TV Producers Council (IFTPC) representing the two parties. However, the solution provided in the meeting wasn’t respected by the production house. Left with no other option, he moved criminal court for registration of an FIR for the offences of cheating, fraud and extortion. The next hearing is in February.” 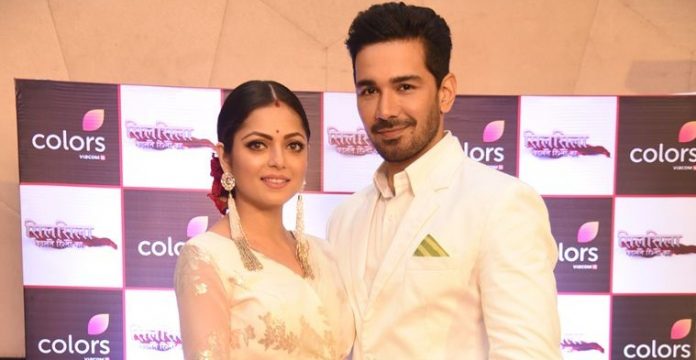 Recommended Read: We partied a night before his suicide and he looked normal: Meet Bros Harmeet and Manmeet recall their last moments spent with late Kushal Punjabi

Producer Comall Wadhwa refused to comment on the non-payment issue, however, she mentioned, "We have not received any communication till date on any complaint being filed by anyone against us or our company."

After Bigg Boss 13, Shehnaz Gill and Paras Chhabra to have their swayamvars in reality show 'Mujhse Shaadi Karoge'?

I broke up with Melvin Louis because he was cheating on me: Sana Khan

Pics: 'Bhoot' actor Vicky Kaushal gets a spooky welcome on 'The Kapil Sharma Show' and it is EPIC!

Husn Ke Hazar Rang: Shaheer Sheikh dresses as a woman, gets hilarious replies from Ekta Kapoor and others

'Meet the new me,' says Kamya Panjabi as she re-introduces herself post wedding with Shalabh Dang

User asks Kamya Panjabi why she is remarrying despite having a daughter, gets a befitting reply from best friend Kavita Kaushik