The Kapil Sharma Show: Ajay Devgn confesses wife Kajol has a habit of speaking on his behalf as well

The next episode of The Kapil Sharma Show will be full of romance and comedy as Bollywood’s most loved duo Ajay Devgn and Kajol will be seen having a gala time during the promotions of their film, Tanhaji: The Unsung Warrior. The upcoming period drama will see Ajay and Kajol opposite each other  and we all can’t wait to witness their on-screen chemistry. What's more? The husband and wife will share some interesting details from their life on The Kapil Sharma Show.

During a candid conversation, Kapil reportedly enquired from Ajay whether his silent nature is an after effect of Kajol being the talkative one. To which he said, "Yes, this is true. She has a habit of speaking on my behalf as well". 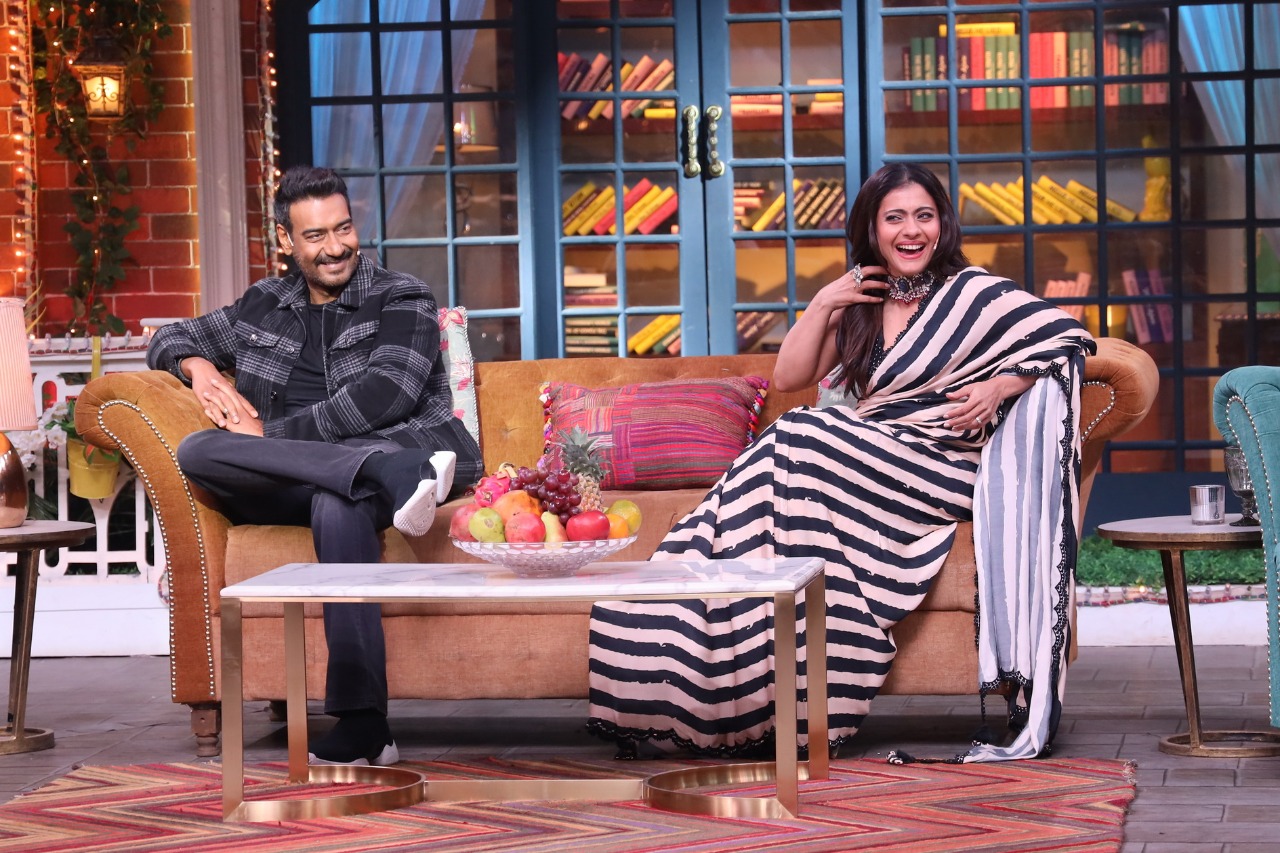 Furthermore, Kapil poses another question to Ajay about a rumor that when a film has Kajol's falling sequence, it automatically becomes a hit. Ajay hilariously replied by saying, "Making her fall for real will only double my work at home (laughs).” Hearing all this, Kapil couldn't contain his excitement and asks them if they have a different set of vanity vans when they work on someone else’s film. To which Ajay signed off by saying, “No. if it's my production, I don’t have any vanity at all.”

Tanhaji: The Unsung Warrior will release on January 10.