It’s safe to say that the television industry in India has never seen weddings being done on a scale so big and so grand than the very recent time!

And the biggest weddings have taken place in one of the most iconic shows that the screens have seen in Kasautii Zindagii Kay 2. It is widely known that Prerana’s much-anticipated marriage had to take place, but little did the audience know who she will be getting married to. The weddings were done in two different styles- Punjabi and Bengali in the most regal way. And, since both the Punjabi and Bengali cultures are involved, the makers came together to bring the grandest of affairs, best of both worlds to the audience on a scale never done before.

Will it be Anurag’s love or Mr. Bajaj’s power that will win the ultimate battle? #KasautiiZindagiiKay, Mon-Fri at 8pm only on StarPlus and Hotstar: http://bit.ly/KZKHotstar @iamksgofficial @iam_ejf @the_parthsamthaan . . . . #Love #LoveStory #New #NewPost #GreatestLoveStory #KZK

The whole wedding sequence is a fun-packed extravaganza considering it showcases the marriage customs of two polar apart cultures with their rich customs and traditions. It’s safe to say that it has satiated the wedding palates of the fans like never before!

A source from the team shared with us, “From the bride and groom’s costumes to the decorations, to the food, to the ceremonies and rituals, everything was done with proper care and detailing. The aesthetics of the whole event was on point and no expense was spared when it came to spending on every little thing of the two weddings planned. We must have spent around 27-30 Lakhs approximately. The marriage on set has been done with extreme precision keeping the audience’s likes and dislikes in view considering the show highlights relationships and rituals surrounding marriage and this time it’s two of them, so everything was doubled.” 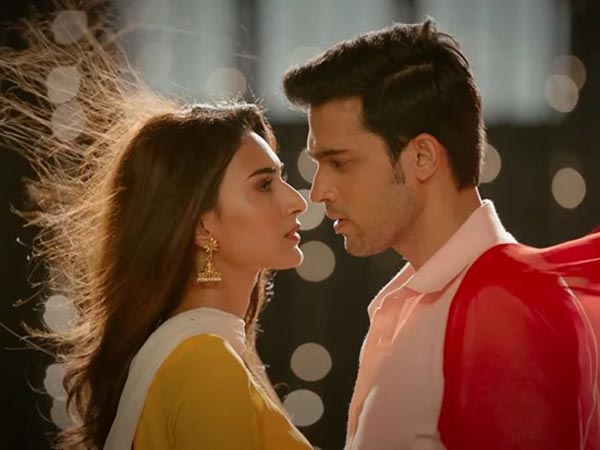 It is certain that this double wedding packed extravaganza has been the biggest and larger than life affair on-screen, ever witnessed by the audience.

KZK 2 is the sequel to the iconic show with the same name which was largely and widely loved by audience across nations. It’s back to television after 18 years.