Popular dance reality show Nach Baliye is all set to be back with its ninth season. This season will be produced by Bollywood star Salman Khan in which ex-couples will be seen competing with real-life couples.

Apparently six jodis have been finalized already; out of which four of them are ex-couples including Urvashi Dholakia – Anuj Sachdeva, Madhurima Tuli – Vishal Singh Aditya, Aly Goni – Natasha Stankovi and Pearl V Puri – Hiba Nawab. On the other hand, two couples are married; Prince Narula – Yuvika Chaudhary and Sambhavna Seth – Avinash Dwivedi. And according to the latest news, wrestler Geeta Phogat has been approached along with her sportsman husband Pawan Kumar. 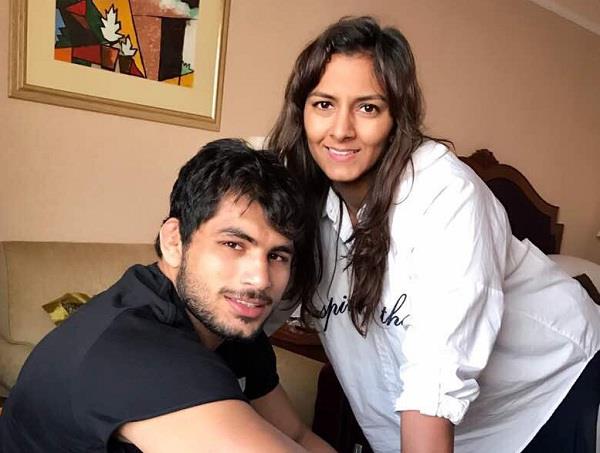 An online portal quoted its source, “Geeta and Pawan were offered the previous season of Nach Baliye, but they couldn’t do it. However, this time around, they are seeming to be interested and there are high possibilities of them participating in the show.”

The show will be hosted by TV actress Jennifer Winget and comedian Sunil Grover. Reportedly, Raveena Tandon has been approached to judge the show. Salman Khan might be joining Raveena as a co-judge; however, nothing has been finalized yet. The dance-based reality show is expected to go on air in mid-July 2019.