The lead actors of Kalank, Alia Bhatt, Varun Dhawan, Aditya Roy Kapur and Sonakshi Sinha are leaving no stones unturned in promoting their film, which is set to release on April 17. The actors were recently at The Kapil Sharma Show promoting their film. However, Sanjay Dutt and Madhuri Dixit gave it a miss to this promotional activity.

Take a look at the pictures and videos: 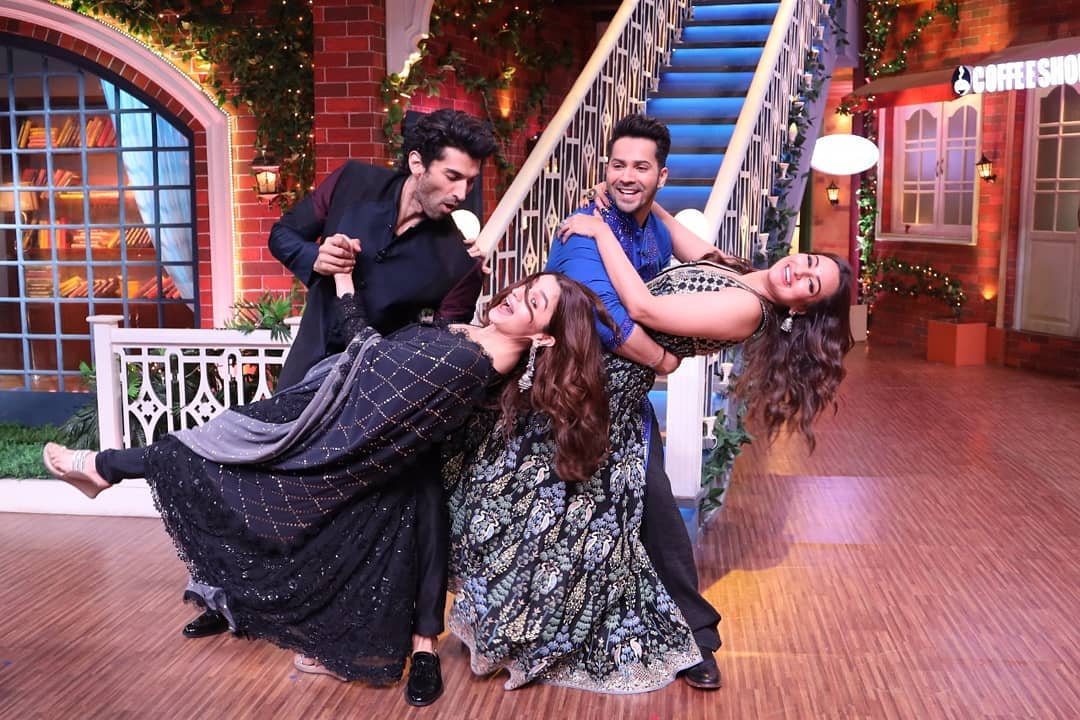 The team of #Kalank is shooting for the #KapilSharmaShow today! pic.twitter.com/xOMNa0UZAS

RECOMMENDED READ: Divyanka Tripathi Dahiya is all smiles as she dances with John Abraham on the sets of ‘The Voice’

Meanwhile, Kalank is a period drama set in the 1940s, in the era of India-Pakistan partition. Directed by Abhishek Varman, Kalank is produced by Karan Johar, Sajid Nadiadwala, Hiroo Yash Johar and Apoorva Mehta, and co-produced by Fox star studios.