Raj Mehta's Jug Jugg Jeeyo is among the biggest and most popular family entertainers of 2022. Headlined by Neetu Kapoor, Kiara Advani, Anil Kapoor, Varun Dhawan, Maniesh Paul and Prajakta Koli, the film released in theatres on June 24 and is performing well at the box office too.

Now, after completing a week's run at the global box office, Jug Jugg Jeeyo has entered the coveted 100 crore club. The film is successfully ruling globally. Sharing the news, Dharma Productions wrote, "They came to take over your hearts and are now ruling the box office!  JugJuggJeeyo enters the 100 crores club with your love and support! " 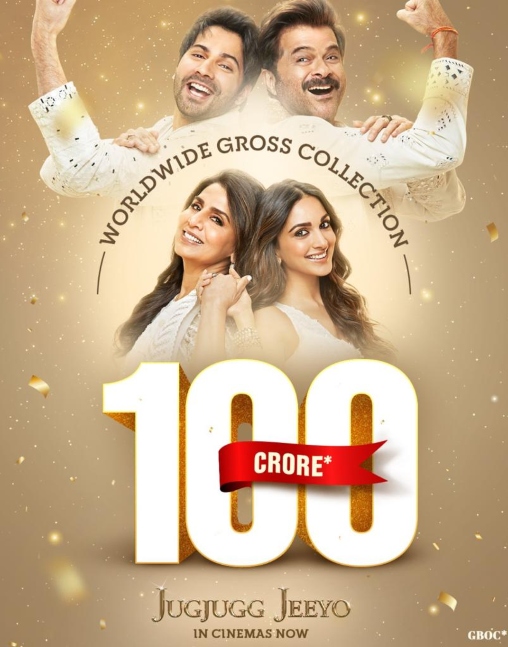