Rahul Vaidya made all go aww when he proposed to Disha Parmar on her 26th birthday on November 11. The singer, in Bigg Boss 14, went down on one knee and asked, "Will you marry me?" His mother Geeta Vaidya got a major surprise when her son popped the big question. Talking about his proposal on national television, Mrs. Vaidya told a leading daily that she is ready to welcome Disha as her daughter-in-law. She also informed that once Rahul is back home, both the families will discuss and take things forward.

"They share a great bond, they have worked together in two music videos. She is a good friend of Rahul and that’s why she visited our house. But Rahul did not tell us about his feelings before entering the house. We also got to know about his feelings on the show. I am ready for their relationship and if Disha is fine, once Rahul comes home we will discuss and take things forward," Mrs. Vaidya told. 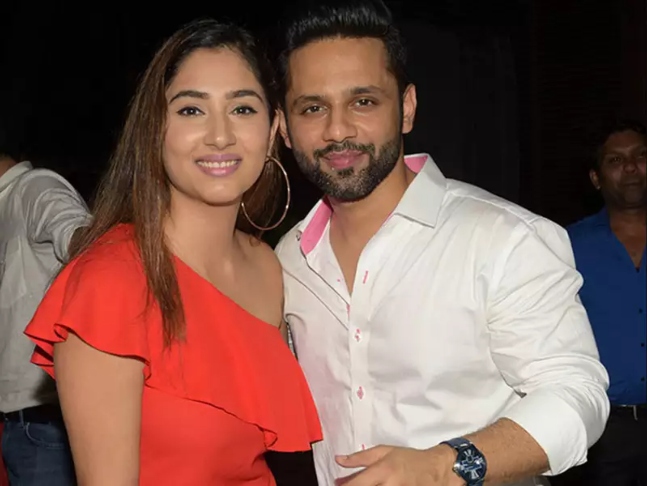 Calling Disha a good girl, Mrs. Vaidya said, "I haven’t got a chance to speak to Disha Parmar about Rahul’s proposal. Because we were not aware about it and whatever happened was after he made the confession on the show. She would come to our house during Ganesh Chaturthi with other friends of Rahul. She has visited on other multiple occasions but nothing of this sort he ever told us. Maybe now when he went inside the house and kya Pata Dil mein ghanti bajji hogi, he must have realised his feelings and he proposed to her on national television. Disha is a very good girl and if her answer is yes, then I will pick up the phone and call Disha myself."

On the other hand, rumours were rife that Disha has been approached for Bigg Boss 14 as a special guest. However, the actress confirmed the same to an entertainment portal. She said, "I have been approached for a few seasons! But I don’t think I can be a good contestant for the show! Am a very boring person." She clarified that Rahul isn't the reason. "No, it was not because of him. I said No in general for the show," she added.