Bigg Boss 14: Aly Goni calls rumoured girlfriend Jasmin Bhasin his 'family', says 'no one can take her place in my life'

Ever since Bigg Boss 14 premiered, contestant Jasmin Bhasin has been through a few ups and downs. Be it taking up fights or wailing, she had a 'traumatic' experience a week ago. After that, her rumoured boyfriend Aly Goni entered the house last night. Becoming her biggest support system in the world she isn't comfortable in, Aly gave her a major surprise. Before reuniting with his 'good friend', Aly spoke to a leading daily about his decision to enter the house in the fifth week.

The Yeh Hai Mohabbatein actor said Jasmin is the only reason why he signed it. "She is the main reason why I have agreed to take up the show. I wanted to do this show and thought why not do it when my best friend is already there," Aly told.

Calling Jasmin 'strong', Aly said he wants her to win Bigg Boss 14. He further added that though he will also give his best in the show, Jasmin will be his first priority. "Jasmin is very strong and even though I am going inside as a contestant, I want her to win the show. Both of us will give our best during the tasks. I want to win, too, but I am my second priority. I want Jasmin to win. If during the finale, she is standing next to me, I would want her hand to be raised and announced as winner," Aly added.

He continued saying, "My priority is to calm Jasmin and make her feel at peace. I won’t interfere in her game, but if someone does something hurtful, they will get the same treatment from me." 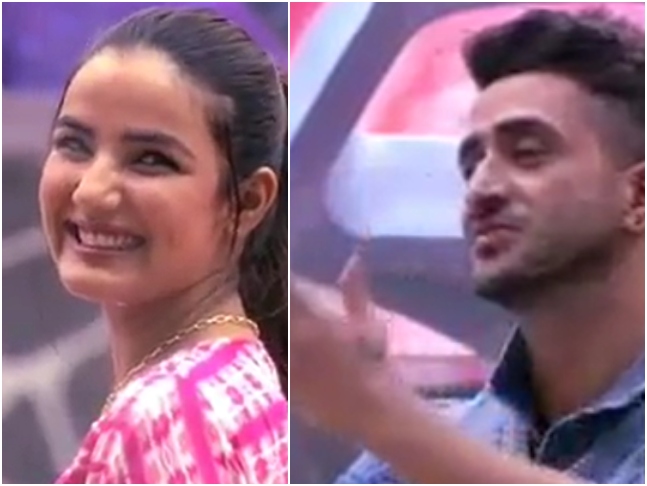 Aly, addressing Jasmin as his family, said there is nobody who can take her place in his life. "Jasmin is like family to me. There is someone in everyone’s life that can’t be replaced and Jasmin is that for me. No one can take her place in my life. It’s not like we don’t fight, we fight, too (laughs!). She is always there for me whether I am happy or sad, and has always stood up for me. I was extremely disturbed when I heard her talk about waking up with a start and requesting Salman Khan to tell the other contestants to not bully her. It hit me then. I just want to be there for her. On the show, we will be how we are in real life. We don’t need to act. Acting jo kar rahe hai woh dikh raha hai," he shared.