Wednesday's episode was all about the BB World Tour task creating havoc inside the house and Jaan Kumar Sanu apologizing for hurting the sentiments of Marathi community.

- The episode began with Jasmin losing her calm over Rahul for his behaviour during the BB World Tour task. The actress splashed water on Rahul as she insulted him for intimidating a woman. Rubina and Abhinav tried to explain Jasmin to calm down. 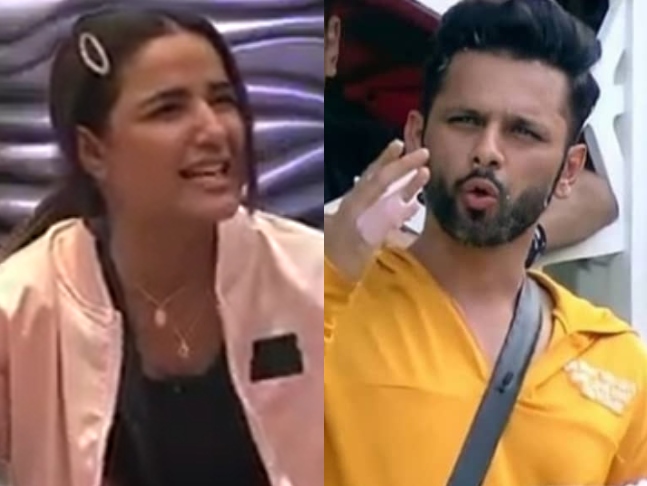 - Next morning, Rahul was seen crying because of his ugly fight with Jasmin. He expressed his emotions and said, "I don't wanna cry in front of anyone as they will think I am weak". Nikki then explained Rahul and told him she will always be by his side.

- Later Eijaz was seen asking Nikki about dyeing his beard. Nikki asked him to check with Pavitra on that since she believes Pavitra has feelings for him. Nikki also told him that Pavitra is always talking about Eijaz with other housemates. However, Eijaz clearly said that he doesn't like Pavitra in a romantic manner and is very happy to be single. 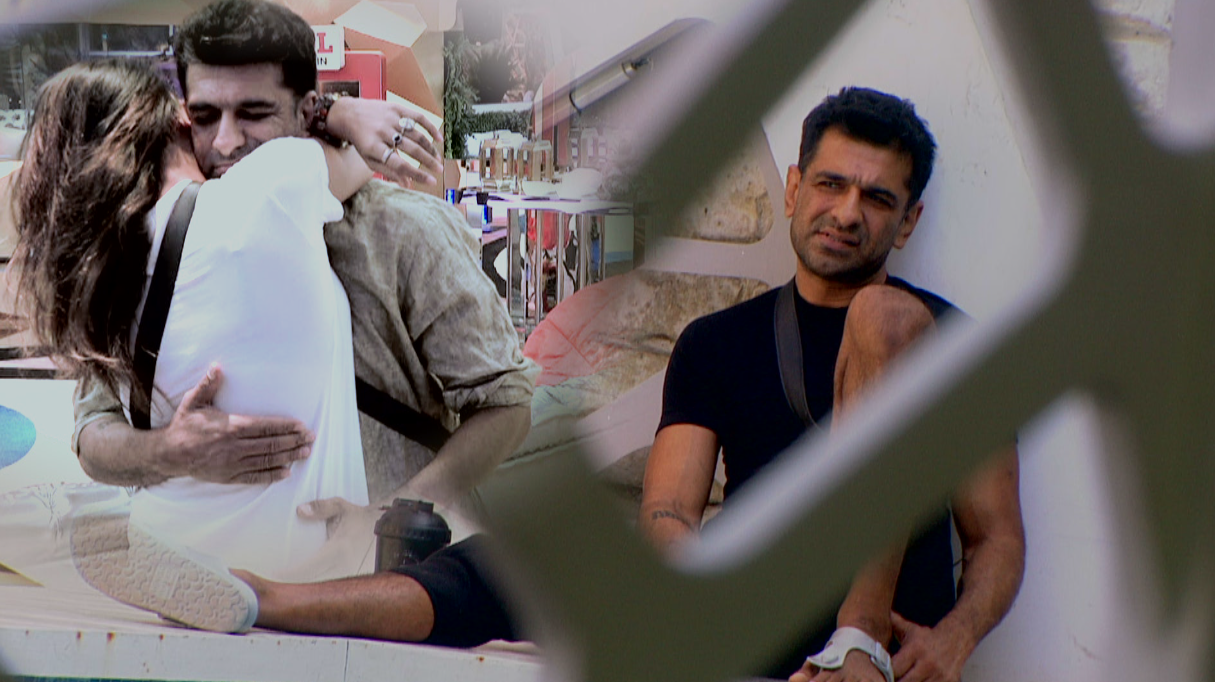 - Jaan was then called to the confession room where Bigg Boss informed him about the latest development of him hurting the sentiments of the Marathi community. The singer was informed that his statements had “hurt sentiments” of people speaking Marathi language. He then apologised and said he did not intentionally hurt anyone’s feelings and was sorry if someone was hurt.

- Later, in the kitchen, Kavita and Rubina also locked horns over household chores. Kavita ordered Rubina to cut fruits for her as she was the captain. Rubina politely told her that she could do her personal work on her own but Kavita got angry and blasted her. Rubina was later seen telling Jasmin that Kavita was behaving like a dictator. 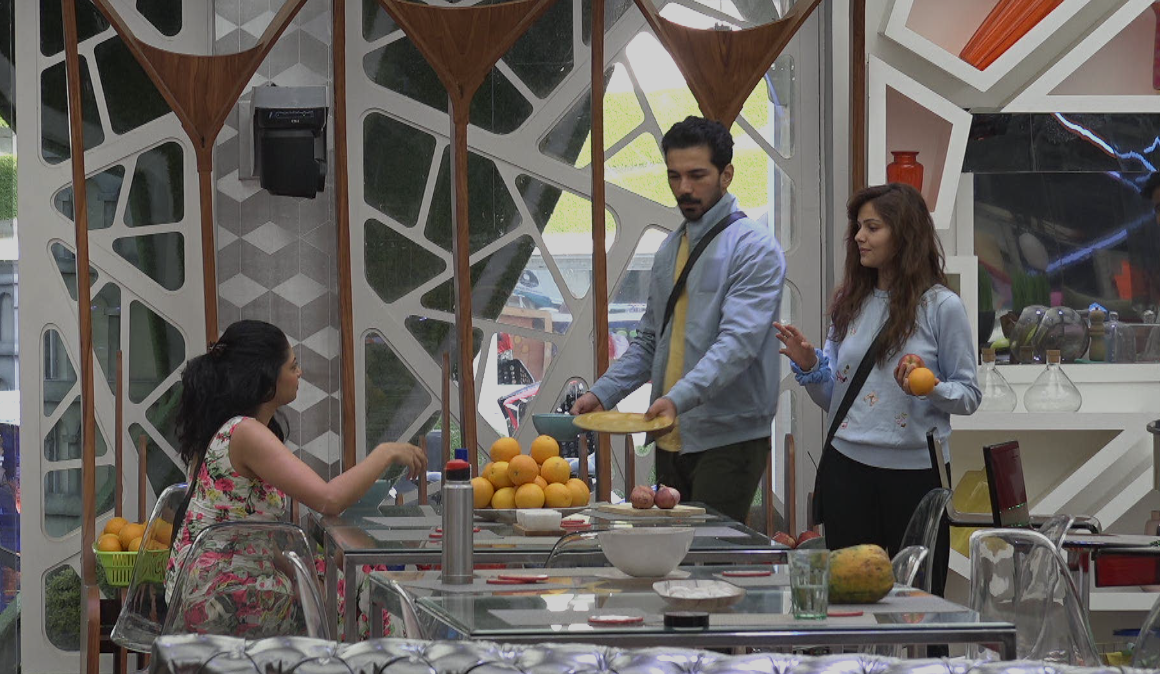 - The second round of the Bigg Boss World Tour started and all the contestants were fired up about making sure they won the match! The contestants needed to take the bags of others to win the task. Rahul turned out to be the ace predator as he took Eijaz’s bag and kept it out of the Red Zone. He then turned his attention to Abhinav’s bag as he told him to trust him with giving his bag to him. At the same time, Naina, who was the sanchalak in the task, disagreed on Rahul’s decision to keep the bag outside the Red Zone. Rahul and Naina clashed big time over this.

- Kavita, Rubina and Nishant were taken out of the task by red zone contestants Jaan, Nikki, Pavitra and Rahul. Only Abhinav, Eijaz and Shardul were in the game till the end. 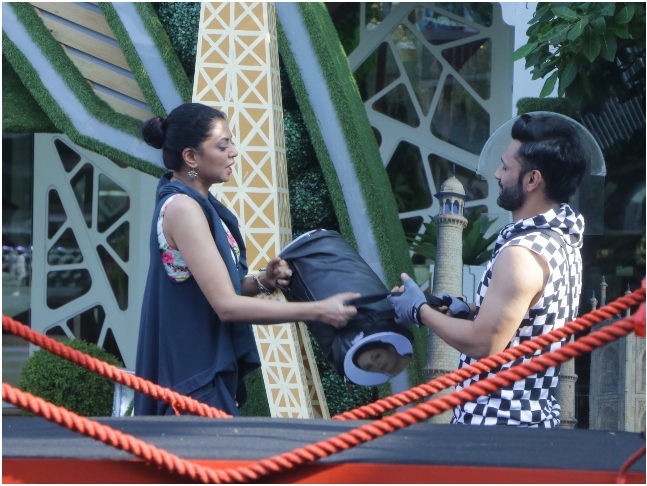 - Soon after, Pavitra and Rahul conspired to take Abhinav’s bag by force and managed to do so! Rubina got extremely angry on seeing her husband lose the task and flared out at Pavitra and Rahul. Pavitra lashed out at Rubina and questioned everyone about judging her nature harshly.

- The episode ended with no conclusion on who became the captain as Abhinav and Eijaz were both on the ground and were struggling to save their bags. 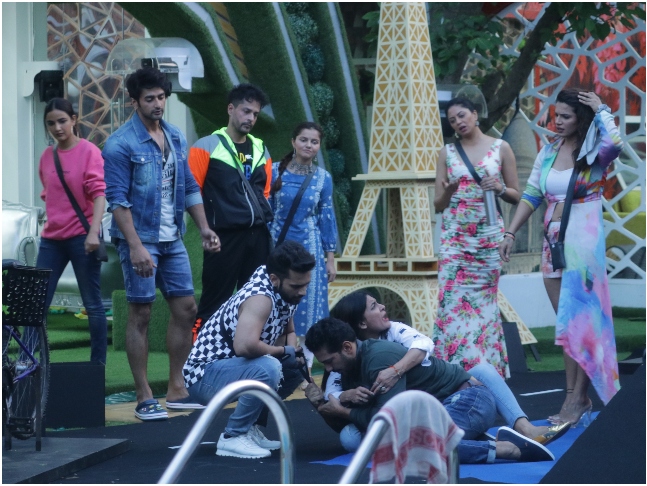