Salman Khan hosted Bigg Boss 13 has brewed up enough controversy since its premiere. Now, as the show is drawing closer to its finale, the contestants are leaving no stone unturned to save themselves from elimination by putting forth their best game plan. However, in an unfortunate situation, Shefali Jariwala had to bid adieu to the house last week after playing a decent game. Post exiting Bigg Boss 13, the Kaanta Laga fame actress made shocking revelations about the housemates to media. In the confession, Shefali disclosed that Asim Riaz tired to 'hit' on her initially but when she made it clear about her marital status, he shifted attention to Himanshi Khurana. Rubbishing this statement, Shilpa Shinde, who was the winner of Bigg Boss 11, slammed Shefali for the false claim. The noted television actress went on to call Shefali 'Sidharth Shukla's puppet'.

"This is absolute rubbish. She is just trying to show him in a negative light. Mind well, we all know that in the game, Shefali was just a puppet of Sidharth Shukla and nothing else. Even though, Asim may not be reading her statements, but his fans are there to give it back to her,” Shilpa told. 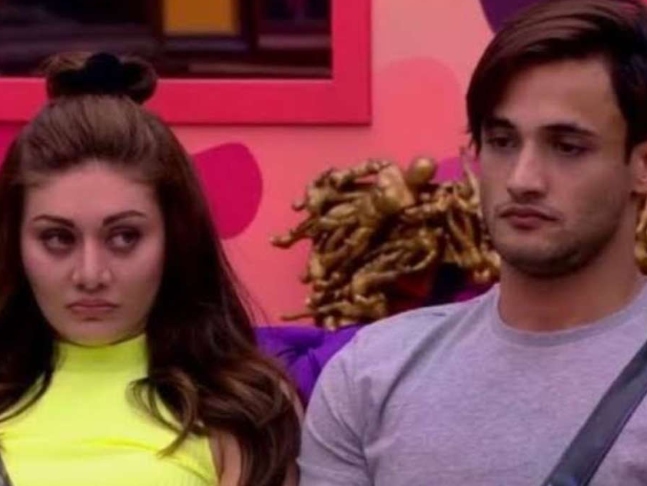 Recommended Read: He did hit on me initially but when I made it clear that I am much older and married, he moved to Himanshi Khurana: Shefali Jariwala on her equation with Asim Riaz inside the ‘Bigg Boss 13’ house

Shilpa further added that she has watched many episodes wherein Shefali and Asim were seen sharing the same bed and exchanging hugs. She slammed Shefali for 'uttering nonsense' about Asim. "I have seen many episodes where the two are sharing the same bed and hugging each other. Just because you are not supporting him, doesn't mean you will utter nonsense about him,” Shilpa added.