Advertisement
HomeTELEVISION NEWSBIGG BOSS‘I am supporting Shehnaaz Gill in Bigg Boss 13 and I don’t need to prove my friendship with Rashami Desai to trolls,' says Mahhi Vij after netizens slam her for being a fake friend

Salman Khan’s controversial reality show Bigg Boss 13 is going great guns, so-much-so that the makers have extended the show’s tenure to five week more. The fans have become so engrossed in the show that the contestants are trending often on social media; in fact, the fans are blatantly taking sides and showing their preference for their favourite contestants and trolling others. The latest to get brickbats is Mahhi Vij after the actress supported Shehnaaz Gill on a tweet that slammed Rashami Desai. Apparently, her support for Shehnaaz did not sit well with the netizens as Mahhi and Rashami are great friends in real life and they started trending #ShameOnMahhiVij and #FakeFriend.

However, an entertainment portal got in touch with Mahhi who finally cleared the air about her tweet.  She told the portal, “I didn't read the first line and the hashtag #FlushMeDesai because I was replying to the second part of the tweet which was about Shehnaaz Gill. I didn't say anything wrong about Rashami. Trolls wanted to bash someone, so they bashed me, it's okay. I don't need to clear my friendship with Rashami on Internet. Anyway, now social media is just being used to thrash each other the moment they have an opinion."

Mahhi also revealed who is she supporting inside the Bigg Boss 13 house and said, “Rashami and I are very good friends but it's not Rashami Vs Shehnaaz for me. I m watching the show as an audience and I will put my views across. I am supporting Shehnaaz because she is playing very well. She hails from a small town and is only been entertaining since the beginning. If you are following the show, you will notice that Shehnaaz is playing as an individual personality and doesn't need anyone's support. Having said that, Rashami is a very dear friend and is family, but as an audience I am enjoying Shehnaaz's performance. What's wrong in that?" 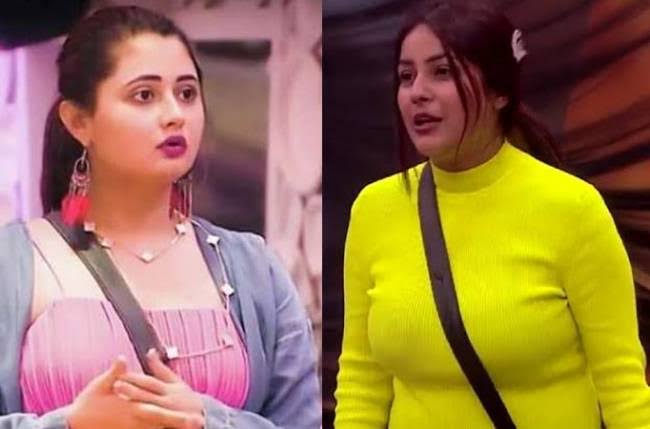 Talking about Rashami’s performance inside the house, she said, “Initially, she was not doing well but now I feel, Rashami is shining." Rashami has emerged one of the strongest contenders in the show and has quite a loyal fan following too. It just remains to be seen who will eventually clinch the trophy of Bigg Boss 13.