A shocking revelation about Arhaan Khan yesterday had emotionally broken Rashami Desai. Concerned about Rashmi, Salman Khan for the first time ever shocked everyone by entering the house to console her. Taking a seat next to the two, Salman played a dual role tonight. Counselling them on their relationship and expressing his utter disbelief and shock at Arhaan’s deception, he asks them to address this immediately and tells them why he felt it important to bring this up. He makes it clear to her that it would have been a great injustice had he not told her this before the proposal and she would’ve still been clueless about the truth. In a disappointed but stern tone, Salman questions Arhaan for hiding such an important part of his past from the one he chooses to spend his life with.

Post Salman’s exit from the house, Dabangg fever took over the stage as Salman introduced Sonakshi Sinha, Sai Manjrekar and director Prabhu Deva. Salman welcomed his Dabangg 3 family with much fanfare and a dhamakedar performance with the cast on the hit track Munna Badnaam Hua. Missing the presence of an important pillar of the film, Kichcha Sudeep, Host of Bigg Boss Kannada, Salman brought him on stage in a unique way. Salman connected to him through Mi TV on a video call while he was on the sets of Bigg Boss Kannada. Salman made the cast of the movie play an extremely fun game. He called for a maze set which is full of thorny plants and cactus’. It was a complete visual delight to witness the three of them wrapped in a trench coat plastered with balloons trying to cross the obstacle. Sudeep was witnessing the fun live but Salman had something for him too. Salman asked him to translate a few Hindi words that are often used in Bigg Boss in Kannada. As Salman bid adieu to his co-stars and director, it was time to meet the contestants once again. 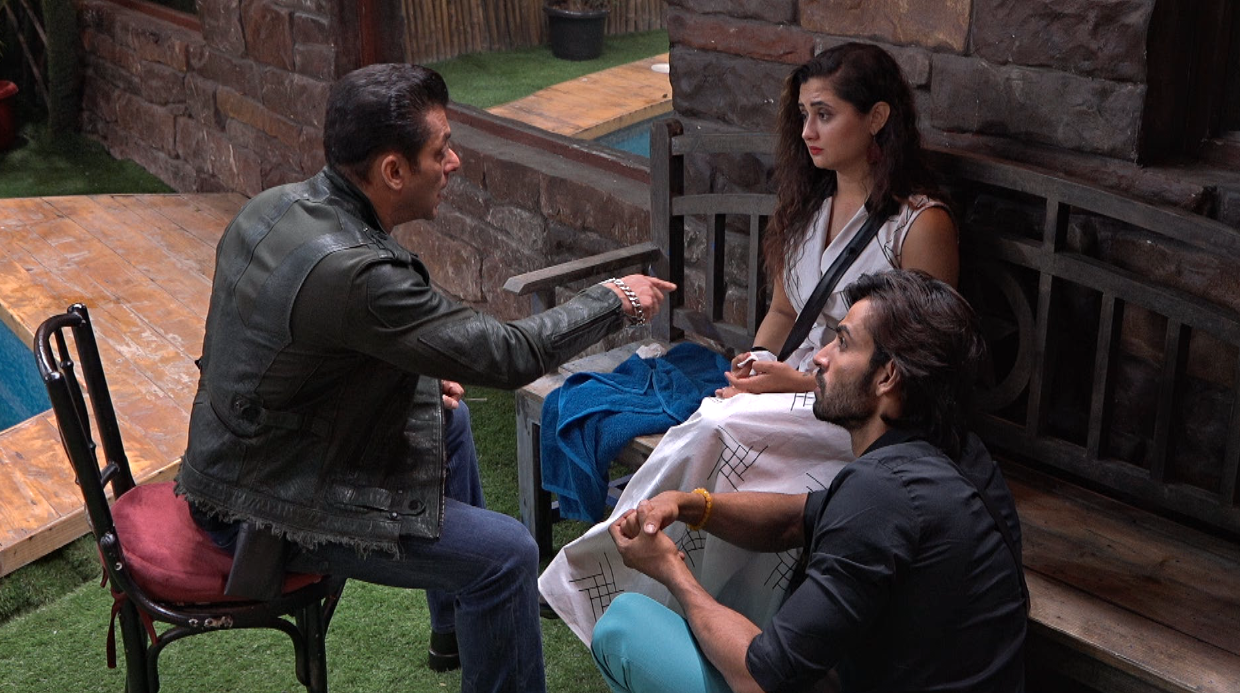 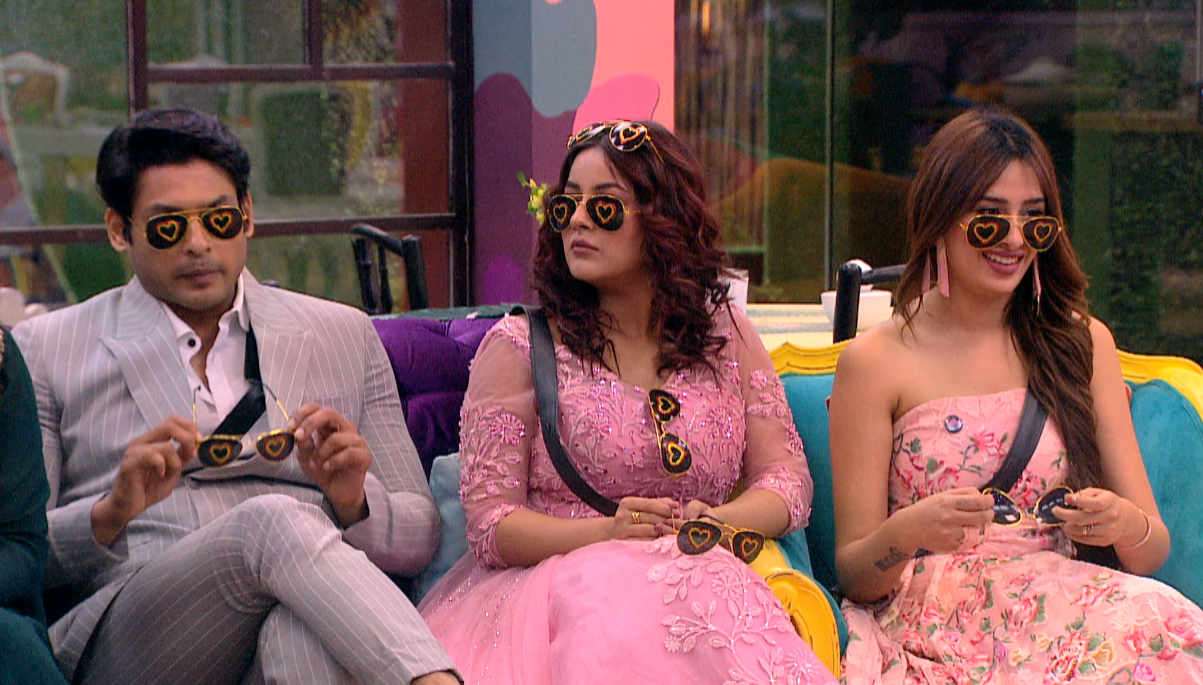 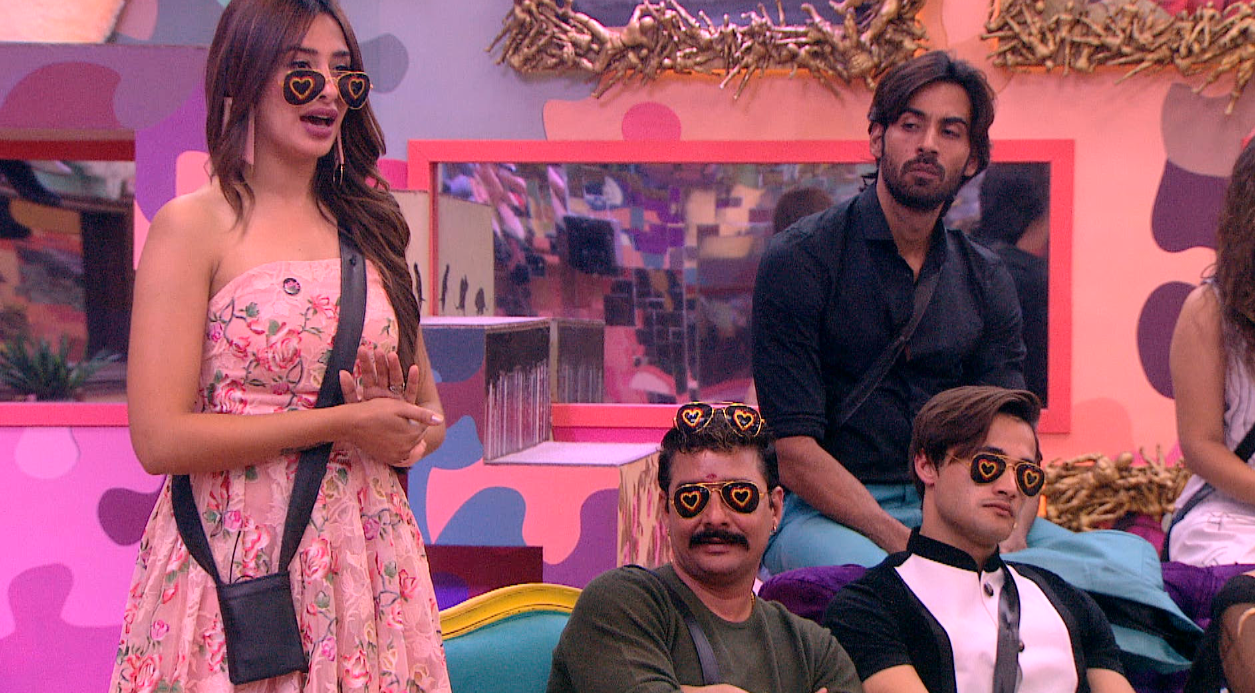 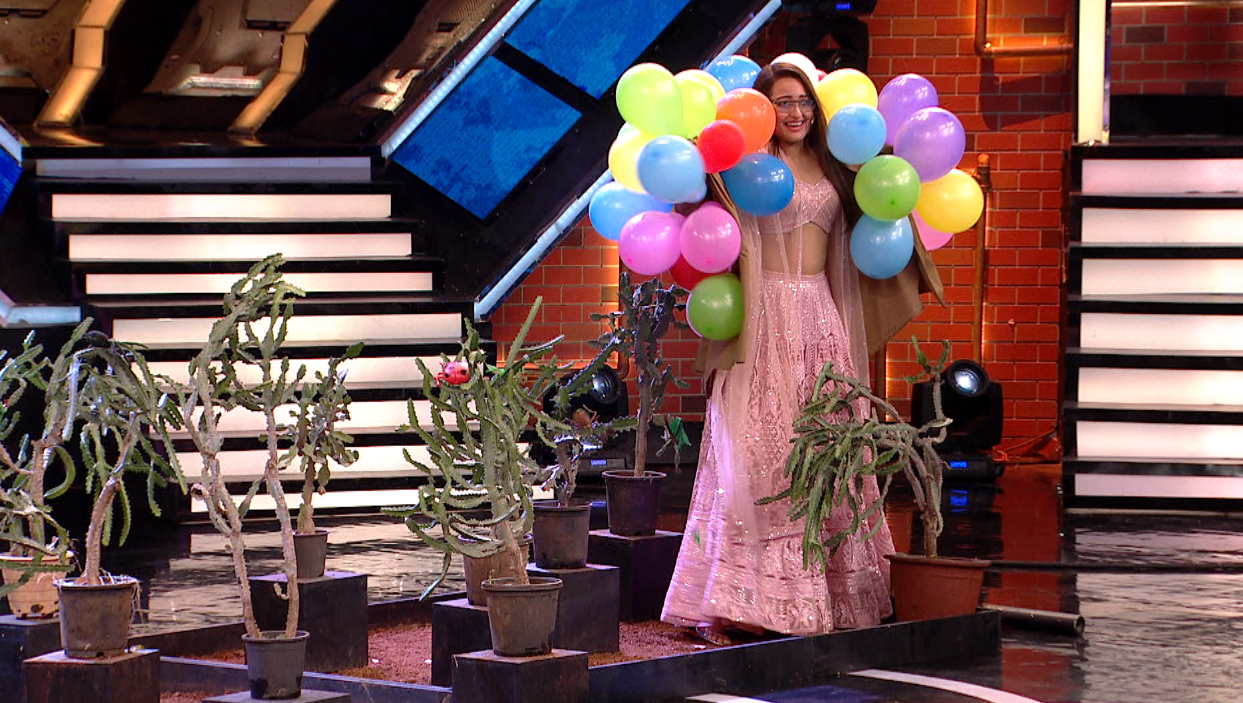 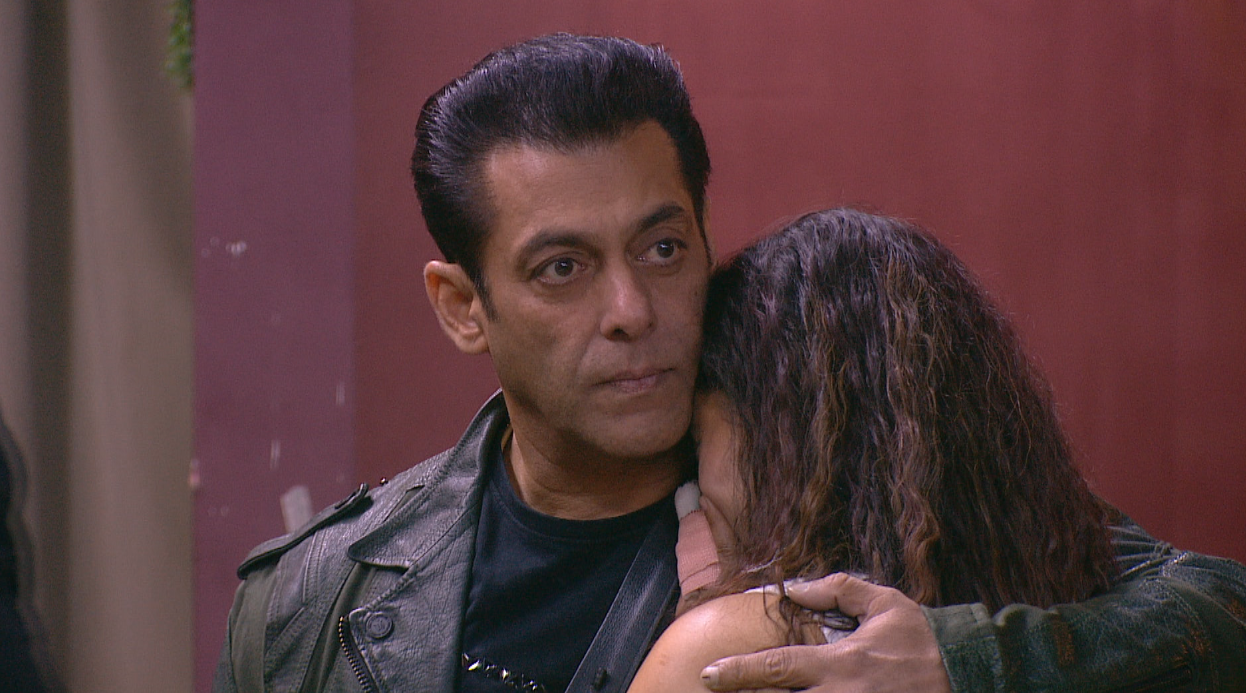 Salman has been visibly upset with them due to their inhumane behaviour all of last week. He informed the housemates that he felt many of them have galat fehmis that needs to be cleared. A task thus began. The housemates had to make one person whom they think have lost their ground and can’t see things with a clear picture wear ‘Dabaang Chasmas’. The task took a very different turn, when Bhau gave the chashma to Sidharth Shukla and justified it by saying he thinks he’s the king of the house and that itself is wrong. Asim makes Vishal wear the glasses saying he needs to see clearly that those he calls friends are not his friends in fact they are his enemies and so on.

The most difficult time of the week then comes, the end of someone’s journey, the elimination. Time to say goodbye to one housemate Salman announces it with a twist. He says that Shefali and Himanshi are in the bottom two but their fate, the housemates will decide tonight. He asks them to take one name between the two whom they want to keep in the game and one who deserves to not be in the house anymore. Maximum housemates vote Himanshi out and hence she has to leave the house. Salman, later, shows the viewers a special message from Devoleena. She informs the viewers that while she is unwell and resting, ex Bigg Boss contestant, Vikas Gupta will enter the house as her proxy and play the game on her behalf. Shocked and surprised, this is sure to change the game and strategies people have implemented as the mastermind, Vikas is back.

Will Arhaan and Rashami sort their misunderstandings and take Salman’s advice? Looks like we will only have to wait and watch.