The captaincy task led to many splits inside the Bigg Boss 13 house, including that of best friends Sidharth Shukla and Asim Riaz. After the task, Asim and Sidharth tried to confront each other as the former doubted Sidharth’s strategy and leadership skills. Asim expressed his disappointment in Sidharth as a friend and hated the fact that he behaved authoritatively and did not listen to any one’s opinions. This feedback did not go well with Sidharth and he told Asim that he doesn’t care about anything or anyone.

The next day, contestants woke up to the powerful song Rang De Basanti. A happy start to the day, everyone danced and put on their thinking hats and started their chores. Shehnaaz Kaur Gill was seen joking about the task when Khesari Lal Yadav changed the topic and blamed Shehnaaz for not performing even after knowing that Asim needed support. The fight escalated and Asim got involved in the argument blowing it out of proportion. Shehnaaz taunted Asim on his duties while he taunted her about Sidharth. The fight got ugly when Sidharth and Asim started pushing each other while Arti Singh and Shehnaaz supported Shukla. Later, Shehnaaz and Arti discussed Asim's insecure behaviour and how Sidharth’s and Shehnaaz’s friendship was posing as an issue for him. Even the ‘best friends’ Arhaan Khan and Rashami Desai got into a spat over Arhaan’s attitude towards Rashami. Arhaan told Paras that he feels suffocated because of Rashami’s tantrums. Rashami and Arhaan were also spotted explaining Shehnaaz how her unpredictable behaviour had been creating trust issues. 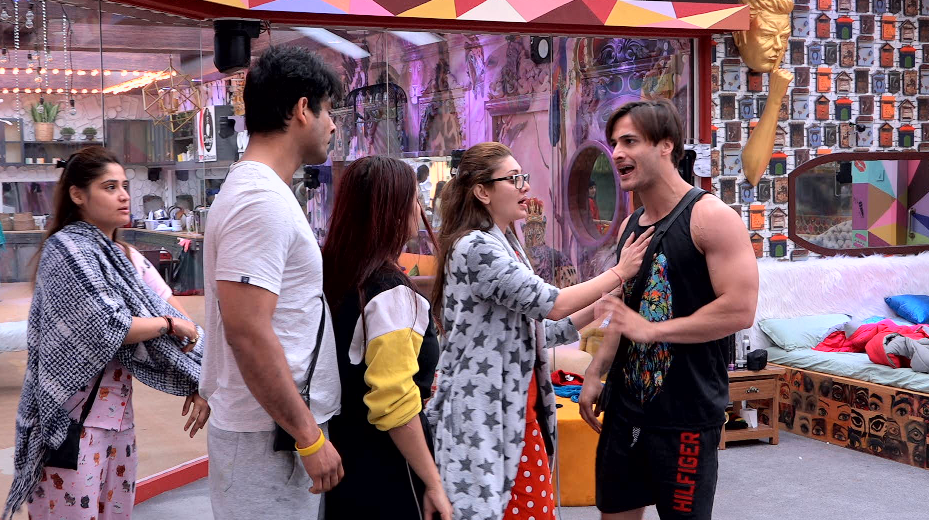 Later in the day, some of the housemates including the captaincy contenders decided to take a nap and did not wake up even after Bigg Boss plays the alarm. Bigg Boss announced the cancellation of captaincy task and saying that there will be no captain for the week as most housemates slept despite the morning alarm. When Shefali handed over keys and the captain’s room to Bigg Boss, she fought with Rashami over a box of curd. Shehnaaz was seen talking to herself as she cried. “I am not what I am right now. I don’t care what others want. I love myself.” 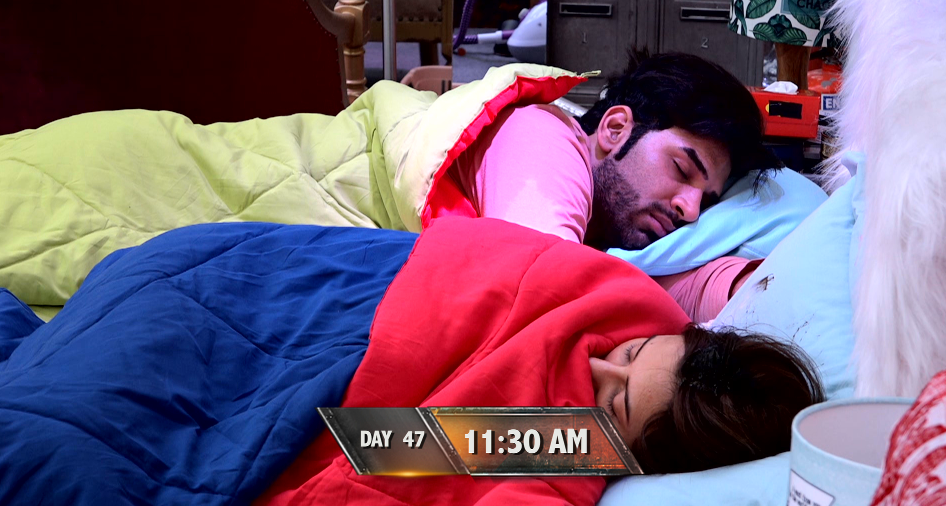 Bigg Boss announced the luxury budget task called Bharat Pe Luxury Task and divided the house into two teams, Team A with Sidharth, Shefali, Arhaan, Shehnaz, Himanshi Khurrana and Bhau while Team B consisted of Paras Chhabra, Devoleena Bhattacharjee, Rashami , Vishal, Khesari, Mahira Sharma and Aarti. The teams are supposed to fill up their house-shaped frame with paper sheets that they colour. The team whose house would be completed would win the luxury budget. Housemates were free to destroy their opponents’ papers and house in their bid to win.

Both teams decided they will make the house and wait for the opponent team to make the first move to destroy. Vishal, Rashami and Khesari discussed their strategy for the game and Vishal said he wanted to keep it all peaceful. Shehnaz who is known for being impulsive attacked the opposite team’s house. 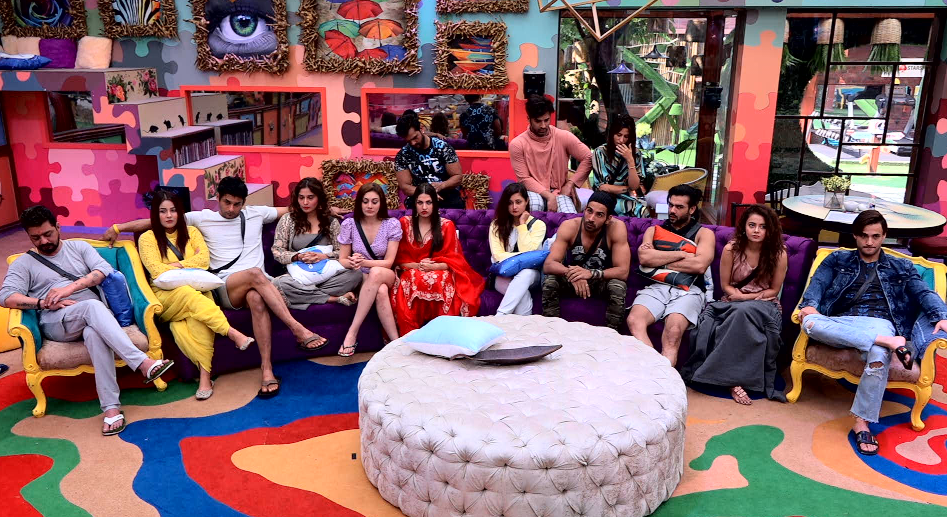 With no captain this week, we will have to wait and watch to see how the housemates work their way out.