Advertisement
HomeVideosFeeling bad that even after giving so much to the show, I couldn’t be a part of the finale: Bigg Boss 14’s Eijaz Khan

Feeling bad that even after giving so much to the show, I couldn’t be a part of the finale: Bigg Boss 14’s Eijaz Khan

In an exclusive interview with PeepingMoon, Eijaz Khan opened up about not being a part of the ‘Bigg Boss 14’ finale, leaving the show mid-way, relationship with Pavitra Punia and proxy Devoleena Bhattacharjee’s ‘weak’ game plan for him.

The actor expressed his sadness over having to leave the show mid-way despite being the first one to enter and giving so much to the show. 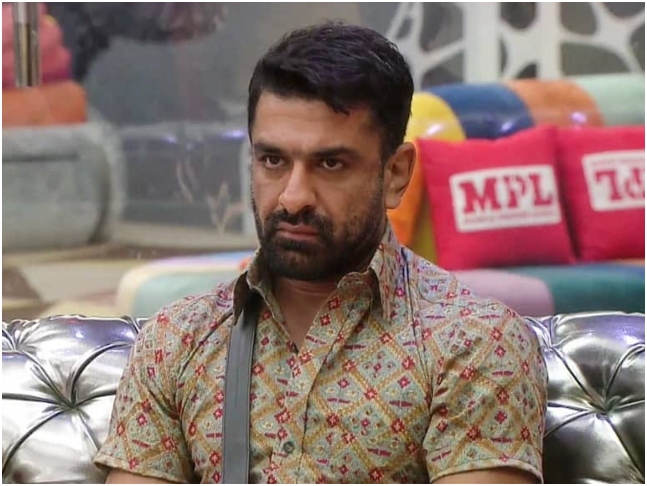 Recommended Read: I’m not the kind of person who will play with someone’s heart just to be in a reality show: Bigg Boss 14's Eijaz Khan on his relationship with Pavitra Punia

For the unversed, Eijaz left the show in January as he had to shoot for his web show City Of Dreams. Devoleena had entered as his proxy, who got eliminated last week.

Every gangster film is compared to Godfather; love stories like Aadha

I would be more than happy to do it, but nobody has asked: Abhay Deol

It doesn't matter, they don't run our house: Gauahar Khan and Zaid Darbar on pregnancy rumours

I was initially scared to do action scenes with Kangana Ranaut in Dhaakad; I could never fight with a girl: Arjun Rampal

'Tutt Gaya' is here to stay because it has that deeper emotion & connect: Ashnoor Kaur & Shantanu Maheshwari

In the past few months have rejected 25 scripts; toying with the idea of taking time off: Ranveer Singh

It was very difficult for Nazila to deal with my link up with Anjali Arora in Lock Upp: Munawar Faruqui