Advertisement
HomeVideosBest of 2020: I call this year 'Scam'-demic for me- Pratik Gandhi on 'Scam 1992: The Harshad Mehta Story' undisputed success

Best of 2020: I call this year 'Scam'-demic for me- Pratik Gandhi on 'Scam 1992: The Harshad Mehta Story' undisputed success

Hailed as the find of the year and the greatest performer of the decade, Pratik Gandhi is reaping the fruit of hard work and struggle with the success of Scam 1992: The Harshad Mehta Story. Be it from the industry of veterans or the audience, Pratik is being showered with love from all corners. Now, as 2020 is coming to an end, PeepingMoon got in touch with Pratik to know his take-away from the otherwise jinxed year.

Pratik, who prefers calling 2020 a 'scam-demic' year, said he feels speechless when someone asks him how does success taste. Looking forward to signing challenging roles, working with mavericks and featuring in big projects, Pratik confessed that he is living his dream after a 15-year-long struggle to make it big. "For actors, it is very difficult to understand how good or bad I am. These kinds of incidence (success of Scam 1992) is very important to grow," Pratik added. 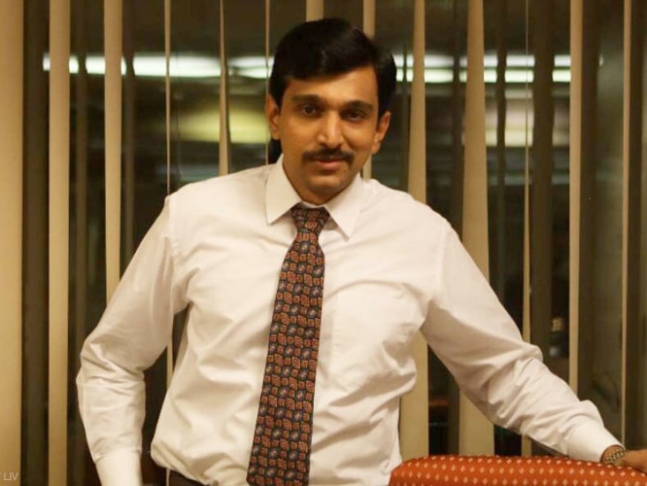 Recommended Read: Best of 2020: Divyenndu has done a fabulous job in Mirzapur 2, would've love to do that part - Akshay Oberoi

Reacting to the overall response Scam 1992 has received from the industry and fellow actors, Pratik felt, "Harshad Mehta's character is a dream role for any actor." He further shared, "I loved Harshad's zest to make a place in an industry which was very classist, and he ruled that industry. I also took home the learning that it's good to have a dream but you can't become the slave of your own dream."

Pratik further spoke to us about his 'relationship status' with success, whether anyone will be able to replicate Scam 1992's big win and the role he would have traded off on-screen.

Don’t want to do only action films, have not been attached to one ge

The twists & turns of ‘Forensic’ are something we’ve never seen or read before: Vikrant Massey & Radhika Apte

Masoom happened at the right time & I’m a big believer of good writing: Boman Irani on making his web debut

Beggars can't be choosers, I'm not someone who is being flooded with work: Nia Sharma

What you’re going to expect is not gonna be there in Jug Jugg Jeeyo: Varun Dhawan, Kiara Advani, Anil Kapoor & Neetu Kapoor

It was exciting but never intimidating: Abhimanyu Dassani & Shirley Setia on working with Shilpa Shetty Kundra in ‘Nikamma’

It is extremely scary to think that sometimes it comes down to a journalist's life been taken away: 'The Broken News' co-stars Sonali Bendre and Shriya Pilgaonkar on freedom of press in India

It’s very patriarchal to make women compete with each other but it’s not there anymore in Bollywood: Sanya Malhotra

Janhit Mein Jaari: Why women are still uncomfortable to buy condoms in India; let's find out!