Advertisement
HomeWEBCASTWebcast ReviewsBahaar Review: Mona Ambegaonkar’s and Shipra Kasana’s film focuses on the patriarchal bindings of society which sees woman’s worth only as a mother

Indian society is highly ambiguous in nature, on one hand we revere goddesses and on the other we treat women as second class citizens who are always identified in relation to men whether it is of a daughter, sister, wife or a mother. Yuvraaj Parashar’s directorial Bahaar takes a look at the evils women face in our country for no fault of theirs in a patriarchal society, where the miscreant and the culprit is more often another woman.

Bahaar stars Mona Ambegaonkar, Shipra Kasana and Suhel Ali Khan in the lead and revolves around an innocent girl who left her home for a happily ever after and everything was fine till reality finally hit her. The film is based on a true story. Her world comes crashing down when even after five years of marriage she is unable to bear a child. In her constant unsuccessful efforts to become a mother and give a male heir, she died every single day to prove herself a good daughter-in-law and worthy of her husband and his family. She tries her level best and goes from pillar to post but all in vain because her husband and his family could never accept that a man can also be sterile. 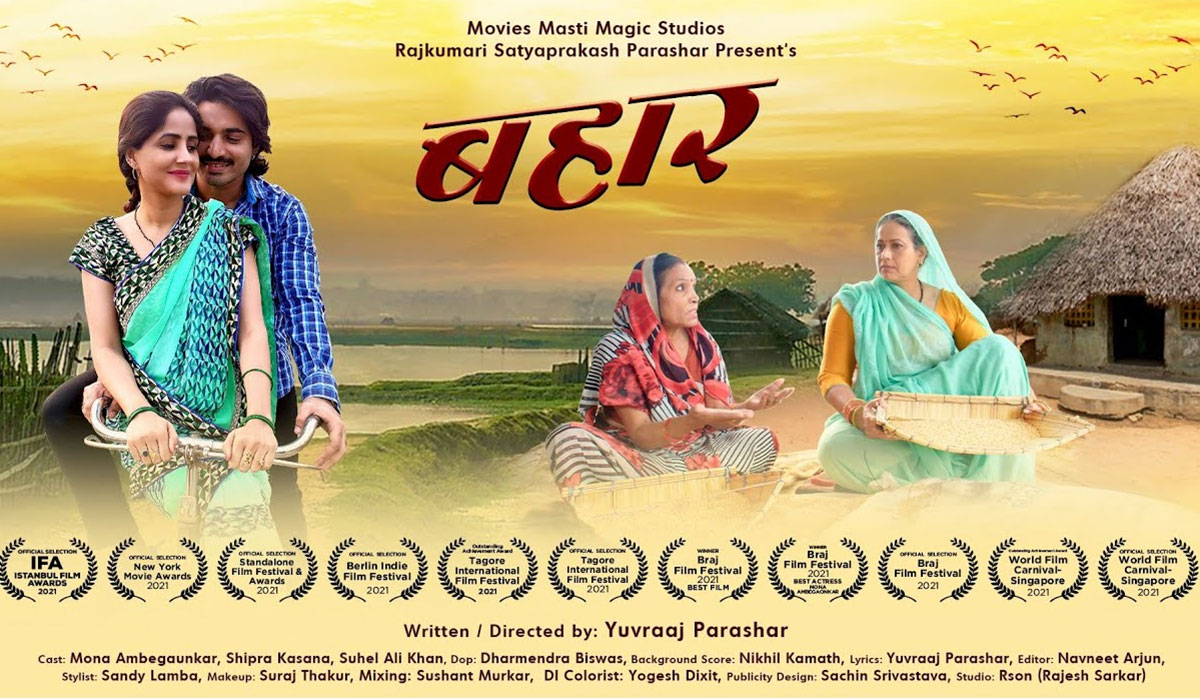 Bahaar rests heavily on the acting ability of Mona Ambegaunkar who leads from the front. Her animosity towards her daughter-in-law is reminiscent of how countless mothers-in-law behave towards their son’s wife. Shipra Kasana as the pitiful daughter-in-law portrays her helplessness adequately.

Yuvraaj Parashar’s direction is not over-the-top and yet the subject matter is such that one cannot enjoy the film too much. The climax could have been more elaborate and if the film could have dished out some justice at the end then it would have felt a tad better. The cinematography of Dharmendra Biswas aids the director’s vision and Navneet Arjun’s editing is crisp. Nevertheless, Bahaar does bring a societal evil to the fore for which it deserves some applause.