Inspired by true events, Faruk Kabir's Khuda Haafiz is a decent attempt at dramatizing a real story of a young Indian couple. Starring Vidyut Jammwal and Shivaleeka Oberoi in lead roles, Khuda Haafiz shows them as a recently wedded couple from India that decides to go work overseas in search of better career opportunities. However, their dreams soon turn into a nightmare when Shivaleeka goes missing in the foreign land. Khuda Haafiz is based on the 2008 incident when a man set out to rescue his wife from the human traffickers in the UAE. The film is filled with drama, action and emotions but what it lacks is realism. Despite following a real-life story, the 2 hours and 13 minutes film appears farfetched and a mile away from realism.

The story begins with Sameer Choudhary (Vidyut Jammwal) at a police station seeking help to find his wife Nargis Choudhary (Shivaleeka Oberoi). The film immediately takes us to the flashback story of Sameer and Nargis getting married but soon facing trouble because of the 2008 recession period in India. They decide to go to an Arab country called Noman for better job opportunities and fill out forms through an agent who has his own ulterior motives. Nargis is asked to leave for Noman a week before Sameer and that's when the trouble begins for the couple. 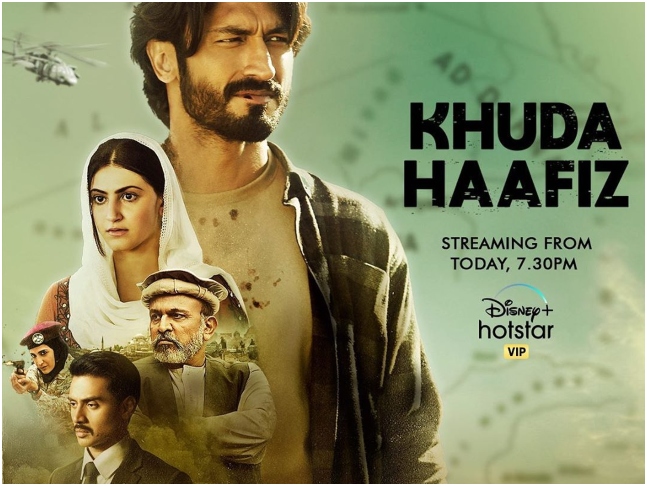 Soon after reaching the foreign country, Nargis falls into the trap of human traffickers but Sameer is no hapless husband and will go to any extent to save his wife. He immediately leaves for Noman and meets a kind taxi driver Usman Ali Murad (Annu Kapoor) who along with Arab Security Agency Officers Faiz Abu Malik (Shiv Panditt) and Tamena Hamid (Aahana Kumra) helps Sameer in finding his wife. What happens next is some breath-taking action and exemplary martial arts skills shown by Sameer in order to bring his wife back from the miscreants. An unexpected twist towards the end makes the story a little more credible.

Khuda Haafiz keeps you hooked with its intriguing scenes but there are sequences that seem redundant. Vidyut is an exemplary action star but his fights with the biggest gangsters of Noman seem too good to be true. However, the acting of each and every actor overpowers the unrealistic film. 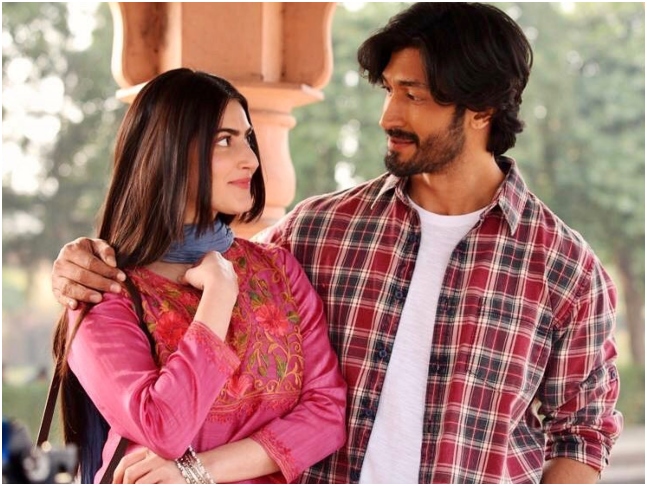 Talking about the performances, Vidyut does not flaunt his chiselled body and six-pack abs in this romantic-thriller. In fact, he impresses with his intense acting skills. He masters every emotional scene like a pro and adds charm to his role. His on-screen ladylove Shivaleeka, only in her second film, delivers a praiseworthy performance even with a super short role. She stays in the skin of her character effortlessly and sends across a subtle message of a strong woman. Her sweet romance with Vidyut is also delightful.

However, it is definitely the supporting cast that steals the limelight from the lead protagonists. Shiv Panditt makes sure to perfectly balance his pseudo kind nature with the grey reality of his character. Annu Kapoor and Aahana Kumar leave an impact with their important roles. 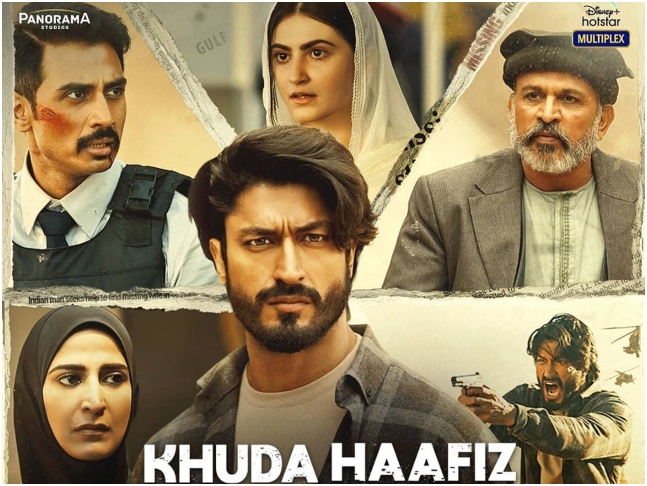 Faruk Kabir’s intense research should be commended but his direction is lacking in Khuda Haafiz. For a story that is inspired by real-life events, the film should have been tauter. Jitan Harmeet Singh’s cinematography is a treat to the eyes and he manages to capture the locales beutifully. Editing by Sandeep Francis lets down the film as it feels dragged and boring at times. It could have been crisper. Amar Mohile’s and Mithoon Sharma’s music is soulful and is able to capture the angst of the film. Khuda Haafiz could have been an entertaining and intriguing watch, given that the story premise and the research was so extensive, but the outcome falls flat. Watch it for Vidyut's excellent performance and his common man romantic charm. Until then, Khuda Haafiz.