Advertisement
HomeWEBCASTWebcast ReviewsCode M Review: Jennifer Winget's and Tanuj Virwani's series is a riveting tale that will keep you at the edge of your seat

ALTBalaji and ZEE5, known to co-create innovative content have launched their most-anticipated series Code M on January 15; the show’s launch couldn’t have been more perfect as it was the occasion of Indian Army Day. Directed by Akshay Choubey it is an 8 episodic series starring Jennifer Winget, Tanuj Virwani, Rajat Kapoor in the lead. The series also stars Seema Biswas, Keshav Sadhna, Aalekh Kapoor, Madhurima Roy, Gautam Ahuja, and Meghana Kaushik in pivotal roles. The series revolves around an Indian Army lawyer, Monica Mehra (Jennifer Winget), who uncovers an uncomfortable truth while investigating the open and shut case of a militant encounter.

To begin with, Code M starts with Colonel Suryaveer Chauhan (Rajat Kapoor) lecturing the army Jawans over the basic duties that they should be doing, rather than watching a cricket match. While he is giving them a piece of mind, we hear sounds of protests at the army cantonment area over the killing of a respected officer over two alleged terrorists. What garners our attention right at the start is that an encountered militant’s mother tries to immolate herself. This particular scene in the very first episode is heart-wrenching and shows the gravity of the situation. 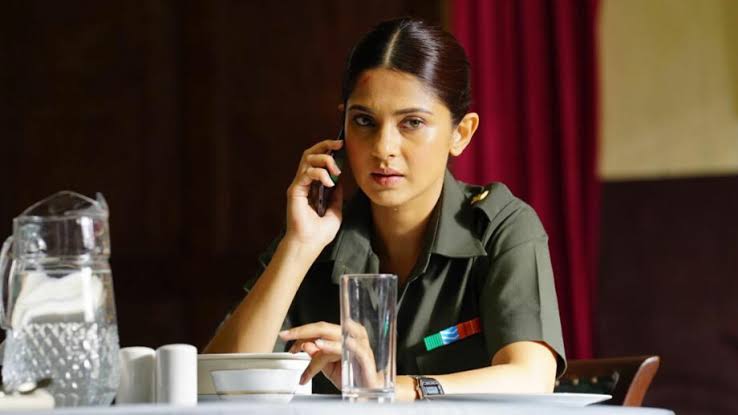 RECOMMENDED READ: Hina Khan reveals ‘privacy is a myth’ in the first motion poster of her debut film ‘Hacked’

Cut to the entry of Monica Mehra (Jennifer Winget) as she is enjoying herself at a party. Things take a turn when a rich and spoilt brat enters the pub and disrupts the atmosphere of the club passing derogatory and lewd comments at Monica. She then gives the rich brat the time of his life by pointing his own gun towards him and telling him to apologize as she is an army officer. (Too much of drama indeed)!

Despite being a tough woman, Monica’s personal life is under turmoil. She is shown juggling hard between her army duties and giving time to her fiancé Dashrath Arora (Kashyap Shangari). Amidst her discussions with her would-be husband about her marriage Colonel Suryaveer calls her to investigate an important case. Dutybound Monica puts her marriage preparations on hold to investigate the case. Suryaveer welcomes Monica on board the case and asks her to quickly close the inquiry so they can focus on more pressing issues of protecting the border. 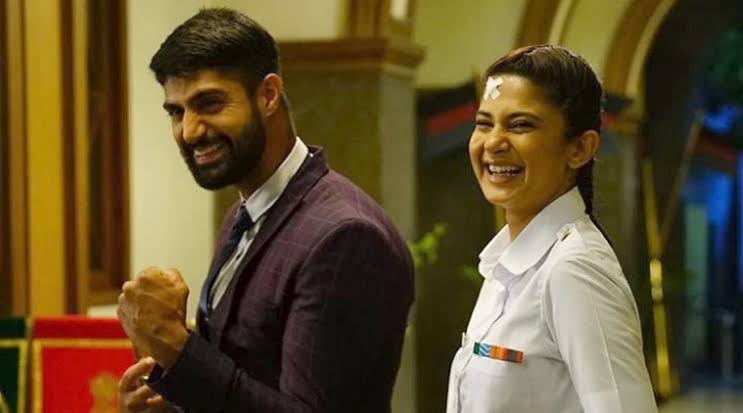 Monica starts investigating the case and comes in contact with a defense lawyer who helps her lead the case, but the catch here is the lawyer is none other than her ex-flame Angad Sandhu (Tanuj Virwani), who helps her look at the case in a different light.

As the investigation goes in-depth, Monica meets Serena (Meghna Kaushik), aka fiancée of the dead terrorist, and is shocked to learn the involvement of people she trusted. As we head towards climax one link leads to another and the investigation leads to a clearer picture of who the culprit is? Amidst all this Monica tries hard to keep a balance in her personal life. Will Monica crack the code? Who killed the terrorists? Are army officials involved in the murder of two other militants? Will Monica marry or will she fall for her ex again. CODE M will give answers to all the questions. 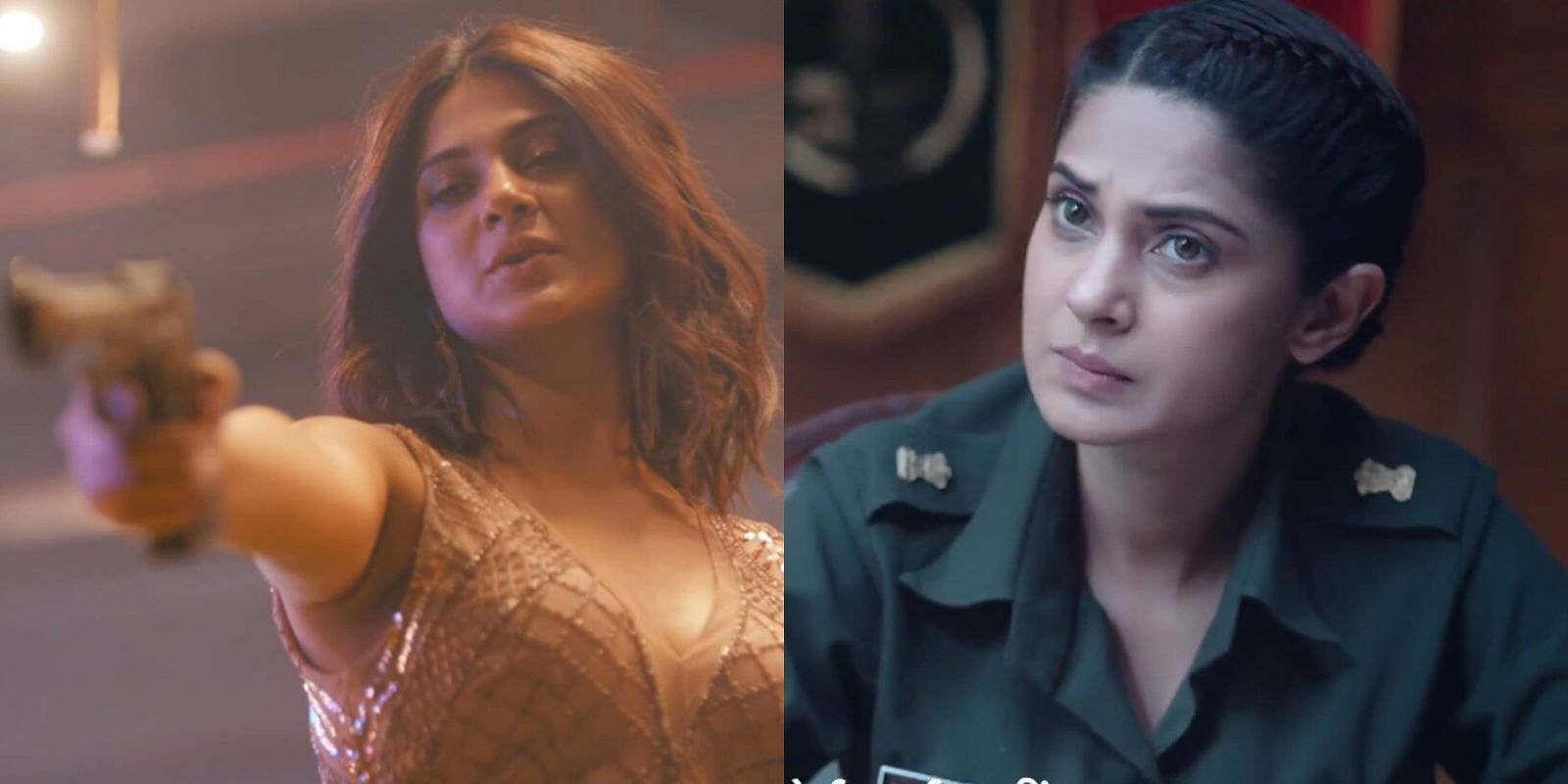 Talking about the performance of the actors, Jennifer makes her digital debut with Code M and she has once again proved her mettle as an actor by performing a host of serious action stunts and delivering some heavy-duty dialogues in the series. Tanuj Virwani as a civilian lawyer and Monica’s ex-boyfriend shows a wide range of expressions. Having a talented actor like Jennifer in front of him he still makes his screen presence felt. Fans will definitely enjoy the chemistry between Jennifer and Tanuj. Rajat Kapoor as Colonel Suryaveer Chauhan comes as a surprise package in the show, his action sequences are noteworthy. Our heart goes for the poor boyfriend Dashrath as he keeps on waiting for Monica and his marriage with her. We wonder what happened with them as nothing is shown much about them. We definitely need closure here.

The show justifies the tonality of the subject and the makers have done a commendable job by using the right terminologies required for the ongoing narrative. Usage of words such as cantonment, regiment and many more makes the screenplay more justifiable for the army background. The series has few romantic songs along with some thought-provoking patriotic background music, which shifts the focus from a serious drama to a lighter atmosphere. 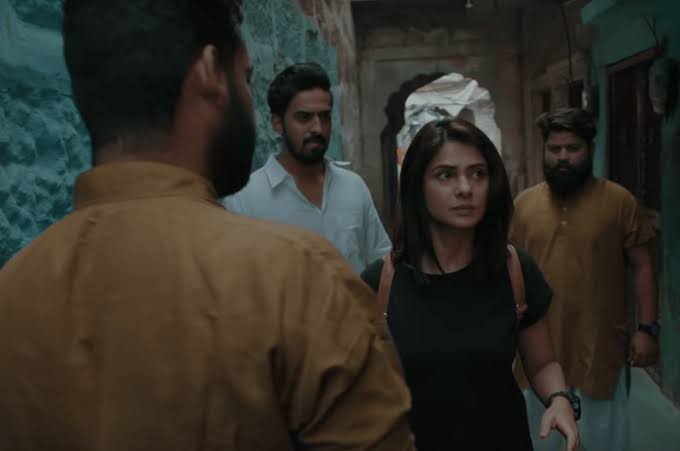 Launched on Indian Army Day, Code M promises to invoke the true spirit of patriotism in every Indian out there. Ekta Kapoor has done it yet again with her dramatic yet gripping storytelling, Code M makes for an interesting watch.