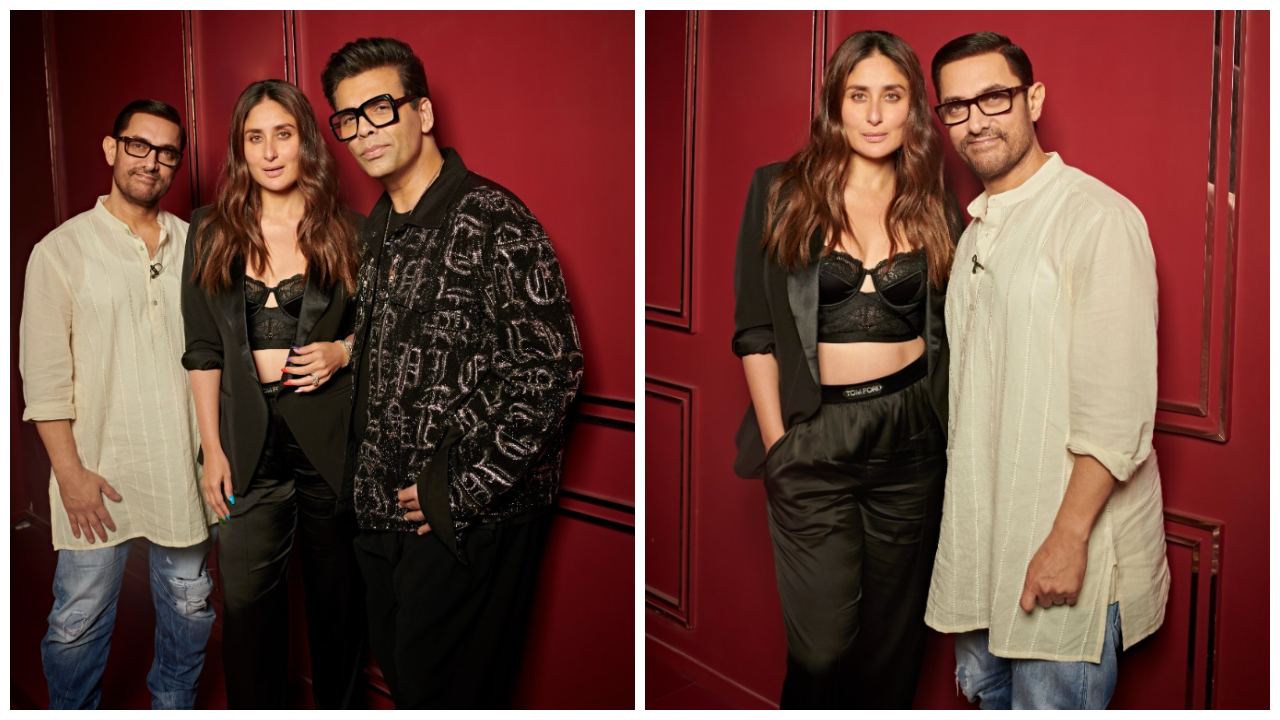 What happens when one of Indian entertainment’s most candid stars pair with the industry’s most unrestrained star on a talk show? Hotstar Specials Koffee With Karan Season 7 reveals this and so much more as Aamir Khan and Kareena Kapoor Khan take the couch. Rife with inside jokes, roasts and secrets from the lives of the charismatic stars, the episode unveils why the duo are bona fide movie stars who make viewers fall in love with them over and over again.

Aamir Khan is known to be a rare sighting at parties, and the show’s iconic host, Karan Johar, shares Mr Perfectionist’s usual tendencies at large social gatherings magnificently in the latest episode. “When there is a party of 200 people, Aamir wants to run the other way,” said the director, known for throwing some of Bollywood’s most lavish parties. However, Aamir Khan denying the tag of ‘party pooper’ justifies his love for secluded corners at parties with just a few friends. “The music is too loud. You can see people’s veins popping up as they try to talk over the music,” said the star.

Kareena Kapoor Khan, who is usually the heart of every party, revealed the sole motto of large parties. “You just do your shots and dance to your own Hindi songs!” We couldn’t agree more with Bebo!

Hotstar Specials Koffee with Karan Season 7 streams exclusively on Disney+ Hotstar, with new games, including the all-time favourite rapid fire - bringing fans closer to their favourite stars. Stream Hotstar Specials’ Koffee with Karan Season 7 (before they turn into headlines) every Thursday, 12 am exclusively on Disney+ Hotstar.