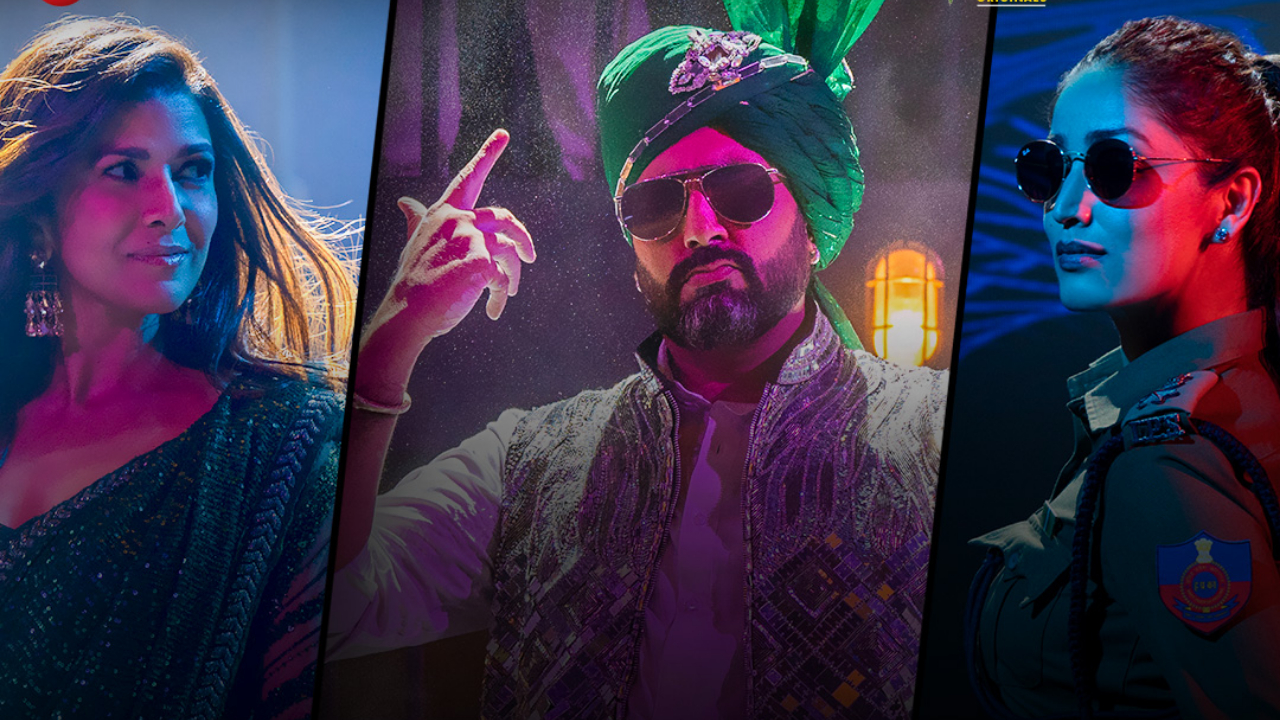 A new song from Abhishek Bachchan, Yami Gautam and Nimrat Kaur starrer Dasvi has been released today. The song Ghani Trip shows the trio shaking a leg together as it also boasts about the hatke qualities of the leading characters, especially that of Abhishek. Yami is seen in her cop avatar while Abhishek dons the kurta-pyjama and pagdi resembling a jat politician. On the other hand, Nimrat can be seen grooving a saree as she takes on the Chief Minister’s chair after Abhishek vacates it in the film.

RECOMMENDED READ: Thaan Liya song: Abhishek Bachchan burns the midnight oil in this inspirational anthem from Dasvi as he gears up to take Xth Board exams

Dasvi is a social satire where Abhishek plays a jat politician who is has studied only till class 8 but vows to pass his 10th exams after jailer Yami provokes him, while his wife portrayed by Nimrat becomes an accidental Chief Minister.

Dasvi is directed by Tushar Jalota, it is written by Ritesh Shah, Suresh Nair, and Sandeep Leyzell. Poet and former Aam Aadmi Party leader Kumar Vishwas has served as script and dialogue consultant. It is slated for a digital release on Netflix and Jio Cinema on April 7.