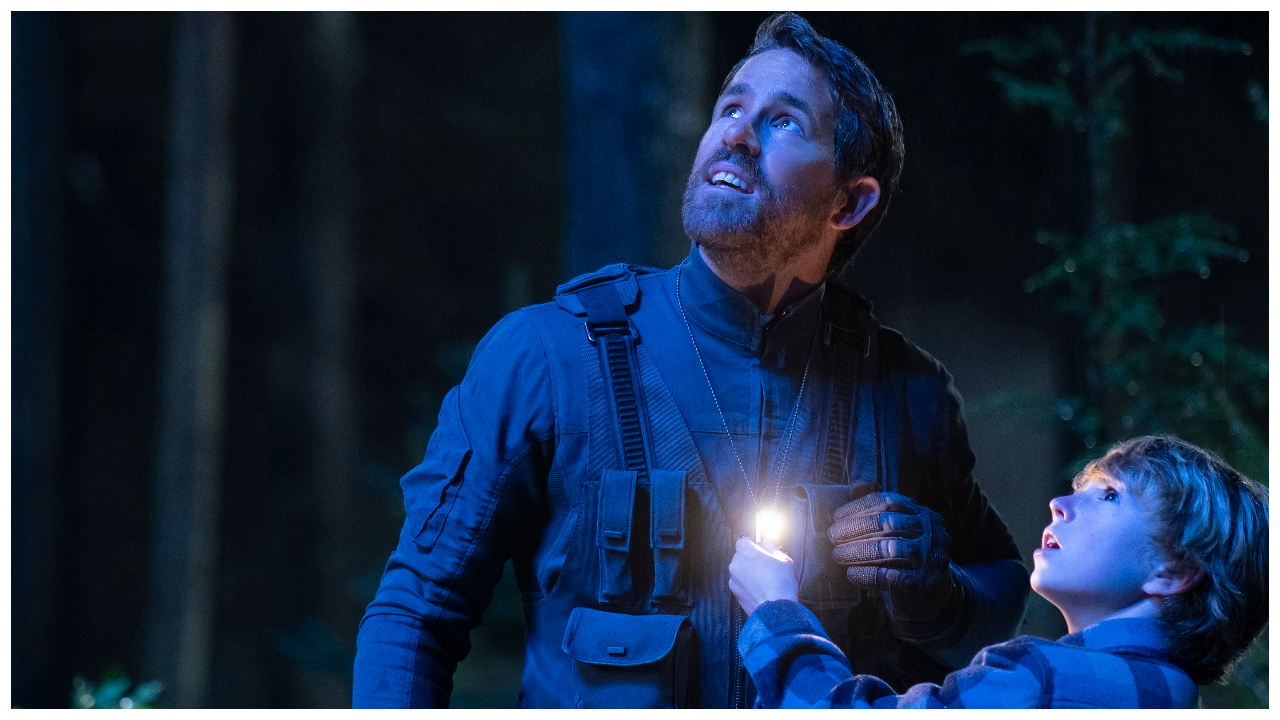 Netflix’s 2022 movies are suited up and ready to play. Earlier this month the platform debuted a sneak peek of the new movies heading to Netflix this year, headlined by Kevin Hart and Mark Walhberg (Me Time), Millie Bobby Brown and Henry Cavill (Enola Holmes 2), Daniel Craig (Knives Out 2), Ryan Gosling and Chris Evans (The Gray Man), Jonah Hill and Eddie Murphy (You People),  Jennifer Lopez (The Mother), Jamie Foxx (Day Shift), Charlize Theron and Kerry Washington (The School for Good and Evil) and Jason Momoa (Slumberland).

For those of you watching Netflix instead of the big game, we promise this is the only time of the year we’ll interrupt you with an ad. pic.twitter.com/ziRXV3xe7O

So after a quick huddle, the OTT giants called an audible and wrapped up their supersized preview with an exclusive new look at their family-friendly, time-travel adventure, The Adam Project.

After the game, make every night a movie night with Netflix.