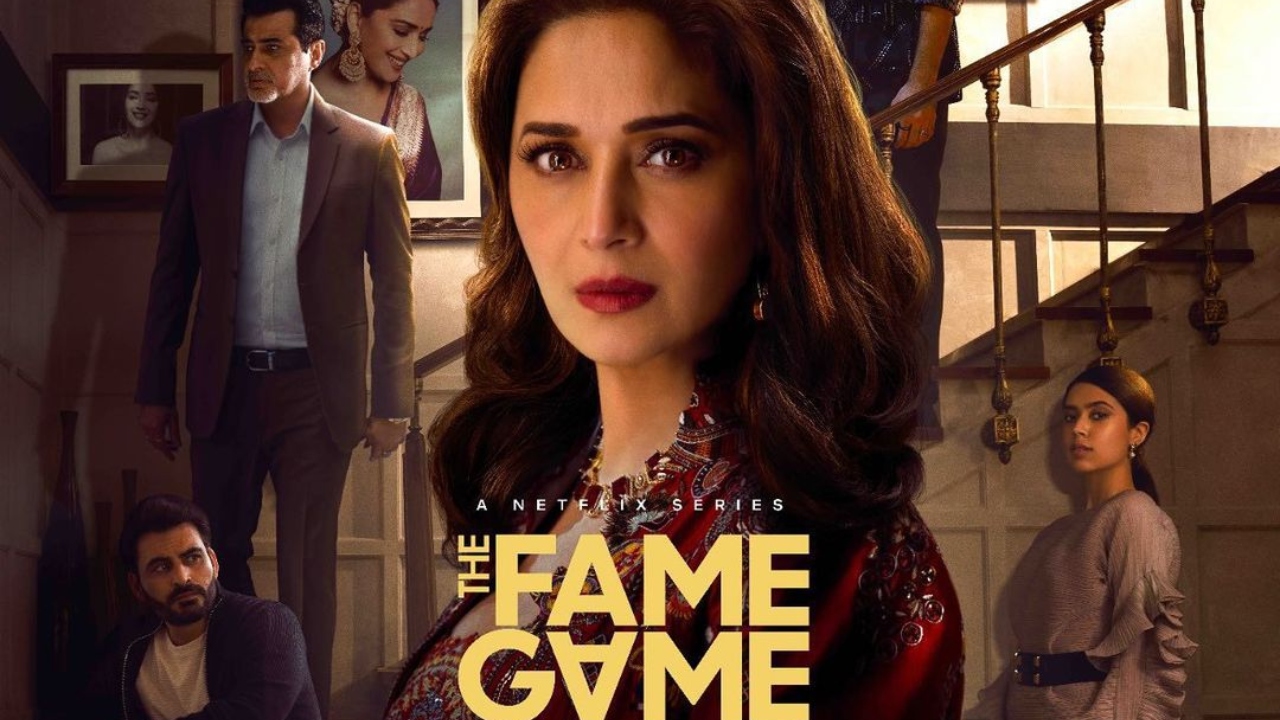 Madhuri Dixit, who will be completing 38 years as an actress, is making her web debut with a Netflix series produced by Karan Johar's Dharmatic Entertainment. The show created by Sri Rao and directed by Bejoy Nambiar and Karishma Kohli was formerly titled Finding Anamika. Now, while announcing its premiere date, the makers have renamed it to The Fame Game.

Sharing a poster with the release date, Karan wrote, "There is always a hidden truth behind the curtain of fame and stardom. What is this truth in the life of Bollywood’s biggest star Anamika Anand? Know more soon. 'The Fame Game' series premieres 25th February, only on Netflix!"

The Fame Game is said to be a suspenseful family drama about a global superstar, wife, and mom who vanishes without a trace. The show also stars Sanjay Kapoor, Manav Kaul, Lakshvir Saran, Suhasini Muley and Muskkaan Jaferi.