Advertisement
HomeWEBCAST'Squid Game' director Hwang Dong-hyuk talks about plans of the 2nd season, says 'there are a lot of possibilities out there for season two storylines'

'Squid Game' director Hwang Dong-hyuk talks about plans of the 2nd season, says 'there are a lot of possibilities out there for season two storylines'

Director Hwang Dong-hyuk's latest offering on Netflix - the Korean survival show Squid Game is breaking the internet for all the right reasons. The show, which premiered globally on September 17, has topped up every viewership chart. And now, looks like the makers are planning a season 2 for the globally loved show.

Speaking to Hollywood Reporter, director Hwang Dong-hyuk spoke about the storylines he would like to explore if Squid Game gets renewed for a new season on Netflix. He said, "There are some other stories in the series that have not been addressed. For example, the story of the police officer and the story of his brother, the Front Man. So if I end up creating season two, I’d like to explore that storyline — what is going on between those two brothers?" 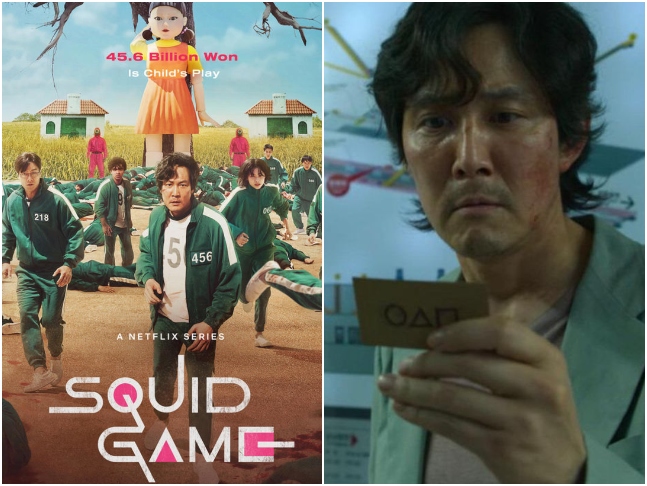 Dong-hyuk further added, "And then I could also go into the story of that recruiter in the suit who plays the game of ddakji with Gi-hun and gives him the card in the first episode. And, of course, we could go with Gi-hun’s story as he turns back, and explore more about how he’s going to navigate through his reckoning with the people who are designing the games. So, I don’t know yet, but I’ll just say there are a lot of possibilities out there for season two storylines."

Squid Game recently became Netflix's "biggest-ever series at launch," the streaming company informed. The dystopian series, in which contestants who are deeply in need of money play deadly children's games to win cash prizes, has been viewed by 111 million accounts since debuting on Netflix September 17.

Akshay Kumar, Sara Ali Khan and Dhanush make for an exciting trio in the first poster of 'Atrangi Re'; trailer to be out today

‘My first film Patthar Ke Phool was with Sippy Films, and so is my digital debut,’ says Raveena Tandon at the trailer launch event of Aranyak

Inside Edge Season 3 Trailer: Vivek Oberoi, Richa Chadha & Aamir Bashir pump up the drama as rivalries thicken both on and off field