Advertisement
HomeWEBCASTBirthday Special: Sanjay Dutt grooves on the desi beats of the song 'Bhai Bhai' from 'Bhuj: The Pride of India' 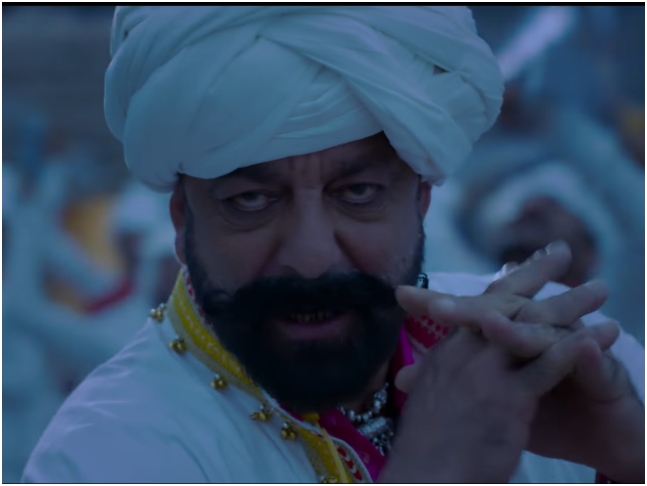 Sanjay Dutt's remarkable dialogues in the trailer of Bhuj: The Pride of India have taken over the hearts of everyone. The actor who is playing a pivotal role in the film that is based on the sacrifice and valor of the Indian Defence Forces will get you grooving to the desi beats of the song Bhai Bhai.

Sung by Mika Singh, the song has been composed by Lijo George - DJ Chetas, and the lyrics are penned by Manoj Muntashir. The song sets the aura and mood of Sanjay Dutt's character in the film and it will surely get you excited to join him to dance on these peppy fusion beats.

A Select Media Holdings LLP Production, presented by T series and Ajay Devgn Ffilms, Bhuj: The Pride of India is produced by Bhushan Kumar, Kumar Mangat Pathak, Ginny Khanuja, Vajir Singh, and Bunny Sanghavi. The film has been written by Abhishek Dudhaiya, Raman Kumar, Ritesh Shah, and Pooja Bhavoria directed by Abhishek Dudhaiya, and is all set to release on August 13, 2021 only for all subscribers of Disney+ Hotstar.