Advertisement
HomeWEBCASTShahid Kapoor to produce and act in a Netflix's mythological war trilogy based on Amish Tripathi's novel?

Shahid Kapoor to produce and act in a Netflix's mythological war trilogy based on Amish Tripathi's novel?

In 2020, PeepingMoon.com was the first to inform its readers that Shahid Kapoor will be making his web debut in a series directed by Raj & DK. The shoot of the show, titled Sunny, started in January this year in Goa. Raashi Khanna and Vijay Sethupathi are also in the show which will stream on Amazon Prime Video. Now, according to the latest reports, Shahid will be doing another project on the web. As per an entertainment portal's report, the actor will be starring in a trilogy based on author Amish Tripathi's mythological war saga.

A source close to the development told the portal that Shahid will also produce the film under his own banner. "Shahid has been paid to the tune of over Rs. 70-80 crore for a trilogy that he's going to star in. It's a period mythological war saga that will be adapted from Amish Tripathi's novel. Not just that, this will also mark Shahid's foray into production," the source told. 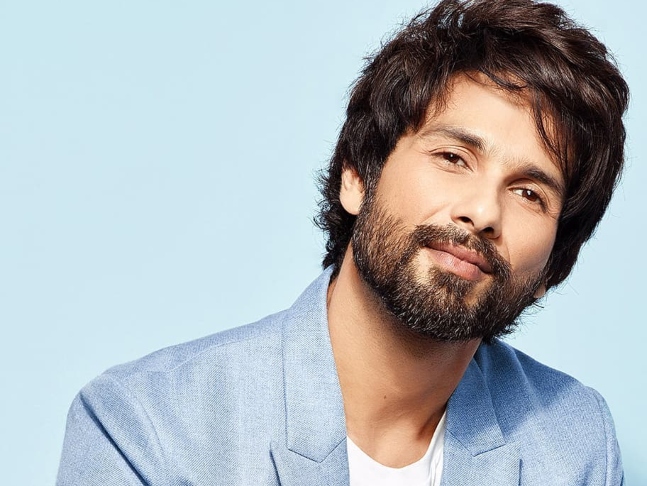 The source further added that Shahid was about to start his own banner with boxer Dingko Singh's biopic which never happened. If true, it will be Shahid's second mythological film after Rakeysh Omprakash Mehra's Karna. "Shahid was almost kick-starting his own banner with the Dingko Singh biopic but it fell apart. Now, Netflix and he have signed a mutual agreement on this project. It will most likely feature him and is going to be an ambitious period venture designed on the lines of a Baahubali but only for the web. This will also be another mythological project for him after Karna," the source added.

PeepingMoon.com was the first to inform its readers that Shahid and Rakeysh are teaming up for the first time to present the story of Karna on the big screen.

Apart from this, Shahid is also in talks with Shashank Khaitan for a film titled Yoddha. The filmmaker dismissed rumours of the actor opting out of the actioner and told a leading daily that the pandemic has delayed it. Shahid will also be seen in the Hindi remake of Nani's National Award-winning Telugu film Jersey.

Haven’t got this amount of love and recognition since my debut Ishaqzaade: Arjun Kapoor on the success of ‘Sandeep Aur Pinky Faraar’

Raji is a soldier, there's no time for worrying about self-care: Raj & DK on Samantha Akkineni's 'brown face' in The Family Man 2