Following the resounding success of espionage thriller Special Ops, Hotstar Specials is set to ring in a new form of storytelling with the launch of ‘Special Ops Universe’, created and conceptualized by film-maker Neeraj Pandey and Friday Storytellers. For the first time in India, multiple characters, stories and seasons will co-exist within a universe in a multi-series format; giving audiences a new way to enjoy thriller and action series. Loved by millions for his portrayal of Himmat Singh, Kay Kay Menon, now returns to tell his backstory in Special Ops season 1.5: The Himmat Story - a new series that forms a pivotal part of the universe.

Special Ops season 1.5: The Himmat Story goes back in time to 2001 and explores the formative years of Himmat Singh as a R&AW agent and how he uses his wits and intelligence for a different operation. While the show is slated to launch later this year, the makers have released an intriguing first look. Much like Special Ops, this series will also be shot across multiple international locations and promises to scale up the action and drama. 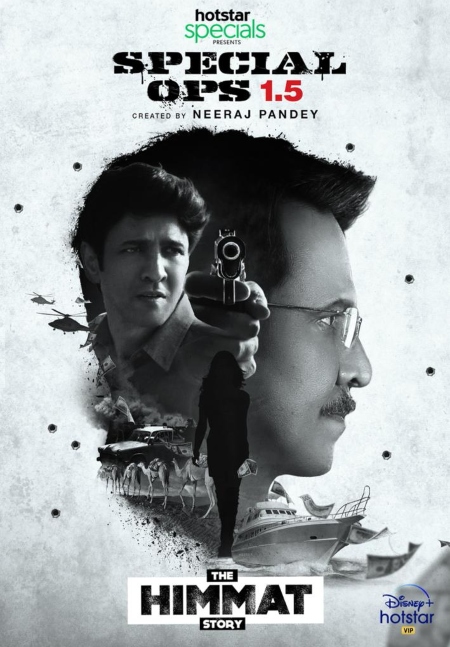 Sunil Rayan, President & Head, Disney+ Hotstar said, “Within weeks of its launch, Special Ops emerged as one of the biggest shows of 2020! We’re excited to venture in this nonlinear format of storytelling that brings alive an entire universe; where stories and different characters can simultaneously co-exist. The scale at which this is being conceived is enormous and speaks of our passion for creating world-class entertainment for our audiences. We will continue to innovate and bring fresh, distinctive content for people to enjoy; and we’re thrilled to partner with Neeraj Pandey to bring alive this ambitious new format, that has never been done in India before”

Director Neeraj Pandey said, “Special Ops was conceptualized as a universe which will go beyond the regular narratives of linear seasons and conventional storytelling; and the ensemble of cast and characters does lend itself extremely well. The response by the audiences demanded that we embark on the journey. We are starting off with a unique Special Ops 1.5; which is neither a prequel nor a sequel and with this the audience will be witnessing the backstory of the main protagonist Himmat Singh! The series will start with Himmat Singh being assigned to another case, but the deflection point is the same parliament attack that started the series of events. It will be narrated across 3 episodes approximately an hour long each.”

Actor Kay Kay Menon added, “If you thought that you had seen the best of Himmat Singh, you need to wait for Special Ops 1.5 - it is a terrific redemption story! While it’s not a prequel to Special Ops, there is some interesting history about the character that will unfold. As an actor I strive to do different things and being part of a new universe is very exciting.”