Author Surendra Mohan Pathak has accused the makers of Amazon Prime Video's Mirzapur 2 of misrepresenting his book Dhabba. In a scene in Mirzapur 2, Kulbhushan Kharbada's character Satyanand Tripathi is seen reading from the novel Dhabba. However, Surendra in a letter to Amazon Prime Video has mentioned that the lines are not from his book.

In the letter he wrote, "My attention has been drawn by my fans and well-wishers towards a web series entitled Mirzapur 2 currently being telecast on Amazon Prime Video (OTT Platform wherein during Episode 3, a character named Satyanand Tripathi, played by Kulbhushan Kharbanda has been shown reading my Sunil Series novel entitled Dhabba."

Surendra wrote that the text read out by Satyanand Tripathi is sheer pornography and an attempt to tarnish his image. He further wrote, "What the character has been depicted reading from Dhabba has absolutely no bearing with any part of the original text of Dhabba and also there is no character bearing the name Baldev Raj in the novel in the said context. On the contrary, what is being read is sheer porno, the undersigned cannot even dream of writing, supposedly to titillate the viewers. But in the process, the whole sequence is shown as an excerpt from the novel Dhabba, which amounts to mischievous misrepresentation. The object appears to be an attempt to tarnish my image as a celebrated writer of Hindi crime fiction who is ruling the roost since the last several decades. The sequence defames me as an author and puts me in a bad light." The Hindi author has asked the OTT platform to remove the scene which features his book. 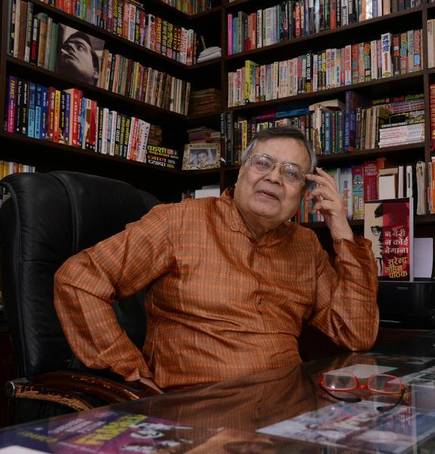 Recommended Read: If there are criminals, there's also a hero: Pankaj Tripathi aka Kaleen Bhaiya defends Mirzapur 2 after MP demands action for defaming the city

"I call upon you for immediate removal of the sequence from the said episode, failing which I will be forced to initiate legal proceedings against the aforesaid series and its writers, producers and the actor who was instrumental to this malicious act," he added.

Now, the author has said that if he does not get a response from the Mirzapur makers in a week, he will take legal action. He said, "I am waiting for their response to my notice. If I don't hear from them within the stipulated period of one week, I'll file a case in Delhi High Court against the makers of Mirzapur 2."